Whitlingham was jam packed with people, the predictable result of a hot Bank Holiday. This could easily be overlooked thanks to the recent hatching of goslings and ducklings. The second brood of Egyptian Geese (5), first brood of Greylag Geese (5) and a black-and white domestic Mallard brood (5) were all overshadowed by a whopping 12 ducklings accompanying a pair of Mallard on the Little Broad. 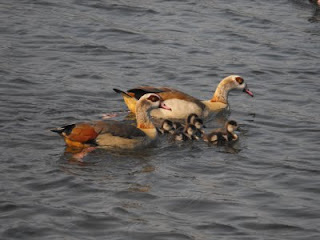 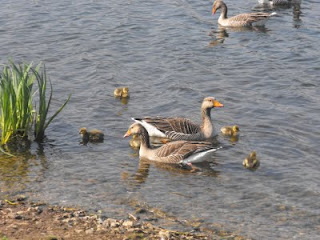 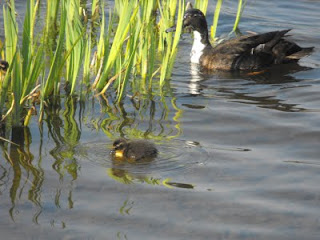 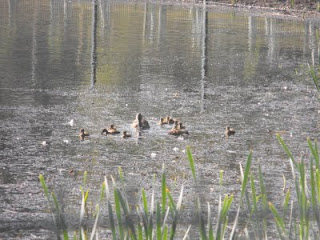 I watched in despair as a group of idiots on Thorpe Marshes who had ignored the big gate and "please don't disturb the breeding birds sign" decided to row a small boat around the edges of the broad. Luckily they soon got bored and went to lay on the shingle. After a while the birds returned, with what was probably a Snipe flying into the vegetation near the spit. Three Common Terns circled over the broad before thinking better of it and departing eastwards. There was no sign of yesterdays Cuckoo.