On Saturday afternoon I was back at Whitlingham to carry out the July WeBS count. It was a hot day and the country park was busy, but luckily the oversummering wildfowl are fairly resilient to the disturbance. The Little Broad was quiet with the exception of a couple of Common Terns. Walking away a pair of Kingfishers flew over and towards the far corner. The largest Great Broad counts (2015 in square brackets) were:

Five Common Terns (plus the two on the Little Broad) were rather high for a non-migratory count, although Drew has had ten on one occasion this summer. The star of the count was the Thorpe St Andrew Muscovy Duck, which was on the slipway and came over and very patiently stood near me, even when it became clear I didn't have any food. 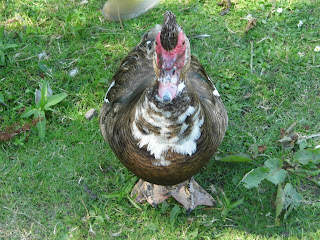 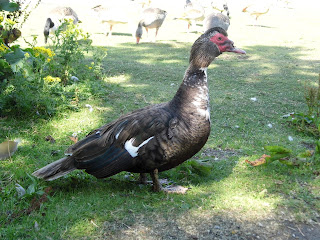 There were quite a few dragonflies about, including Black-taled Skimmers at most of the small bays along the south shore and some Red-tailed Damselflies on the amphibious bistort. Gatekeeper, Meadow Brown, Ringlet, Comma, Small Tortoiseshell and Small or Essex Skipper were also present around the Great Broad. 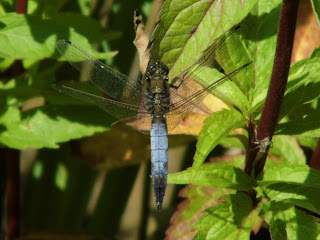 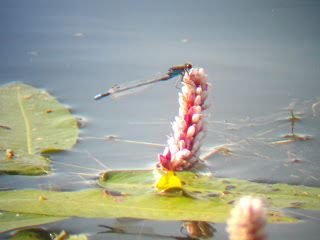 There were a couple of other interesting things, some picture-winged flies associated with burdock, Terellia tussilaginis, and a gall made up of a rosette of sallow leaves, caused by Rabdophaga rosaria. 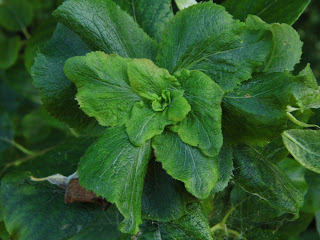 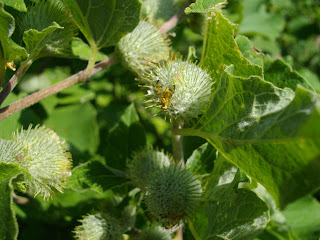