Earlier in the year James Lowen had set himself a target to see as many Clearwing moths as possible. During this challenge he had found that his garden was actually something of a hotspot for them, with three species present nearby. At the start of July he had opened up his garden to a group of moth-enthusiasts to come and have a look at a Red-belted Clearwing that he had caught, and a week or go had extended the same offer so that people could see Yellow-legged Clearwing. Unfortunately I couldn't attend the latter due to a combination of the car being repaired and being at work, however James very kindly allowed Cathy & to come round and see another one on Friday.

In addition to the Yellow-legged Clearwing, he had also kept an Oak Nycteoline moth for us to look at too. In fact as a measure of how good James's garden is, I enquired about a micro moth on the table outside and found out it had been rescued from water and left to dry out. It turned out to be Hypsopygia glaucinalis, another new species for me. As we left I noticed some bees on some sort of garden-variant Tansy. They were a Colletes, but there are two very similar ones that both occur around Norwich and come to Tansy, C. daviesanus and C. fodiens, so not possible to ID them to species level without closer examination. 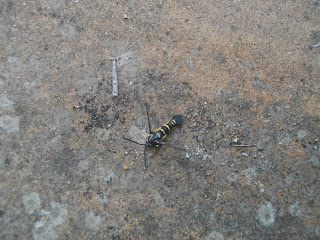 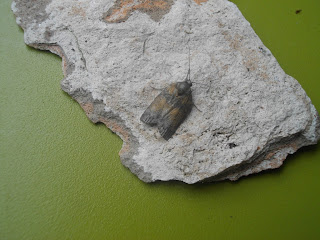 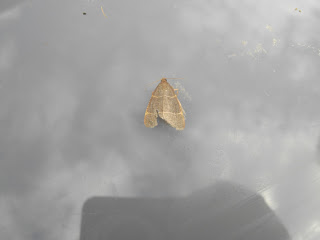 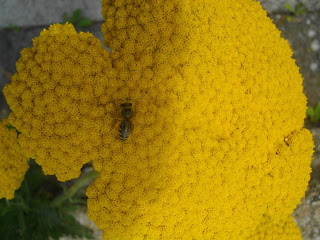