Earlier in the year I had noticed that Dave Grundy was running a workshop at Hickling Broad, focusing on identification of Wainscots and other reedbed specialist moths. I also noticed that it was the weekend closest to my wedding anniversary, but although Cathy had no interest in going she paid for me to attend as an anniversary present, which was very nice of her.

During the morning we had a presentation from Dave about moth trapping in different habitats, followed by one from Jon Clifton about identifying some of the wetland species. After lunch we went to some traps that had been placed overnight on the reserve and came back to the classroom with some species to identify. The benefits of this approach were not only the help from two experienced moth-ers, but also the chance to use a wide range of different books to see which we found most helpful, and being able to directly compare specimens of different speces against each other.

Temperatures had apparently dipped overnight, and we missed out on two species that I had hoped to see, Reed Leopard and Small Dotted Footman. We did however see a number of rare or range-restricted species, including Reed Dagger, Webb's Wainscot, Fenn's Wainscot and Dotted Footman. A few species had also been brought from Wicken Fen to show us, including a Mere Wainscot. One of the spectacles of the day was the shear amount of Garden Tiger moths, with over 30 in one trap alone. At the end of the course I went to help empty the remaining moths from the trap, and saw my first Sallow Kitten plus an Antler Moth, the latter being a Norfolk tick. 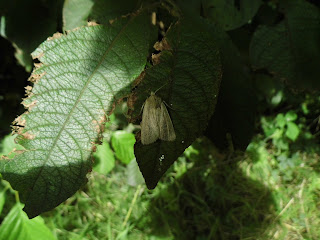 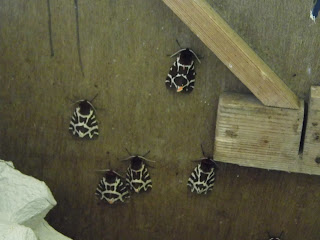 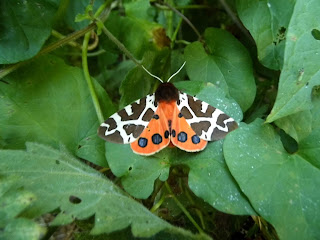