Following Saturday's sighting of the fly Phasia hemiptera, Tim Hodge got in contact to ask for details as he had never seen one. Some blog readers may know Tim because of the number of rare moths he has recorded at Horsey, but he is also a pan-species recorder* and much more knowledgeable about insects than I am. I agreed to meet up with him on Sunday morning to help look for more Phasias.

After focussing on the area of broad-side vegetation that I had made my sighting yesterday it became evident that there was no sign of any Phasia hemiptera. We decided to carry on along the shore in the hope that we might find one somewhere else, or at least find some other interesting things. We certainly succeeded with the latter, adding quite a few species to my patch list, and in some case to my life list. I will divide the report into two parts to avoid making it too long.

My highlight of the visit was two new ladybirds. The first one, Water Ladybird, is a species that I've wanted to see for a while. It was much smaller than I expected, which might go some way to explaining why I hadn't seen one previously! The second was Adonis Ladybird, a species that seems to be having a good year judging by reports from other observers, but it commoner near the coast. Another favourite group of mine is the shieldbugs, and I followed up Saturday's Parent Bug with two Blue Shieldbugs and a final-instar Pied Shieldbug, both new for my site list. 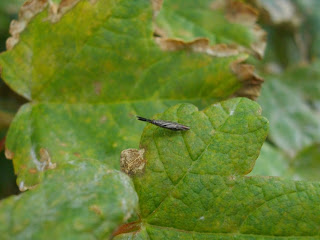 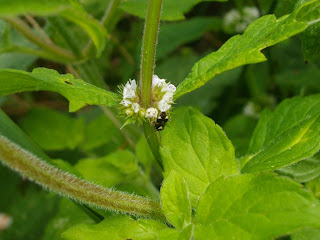 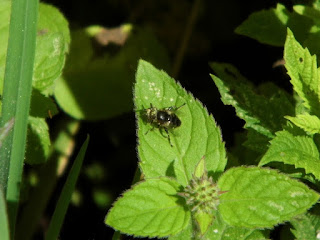 912. Eristalinus sepulchralis - A small hoverfly with highly patterned eyes. If looked at closely, the lower part of the eyes are covered in small hairs. 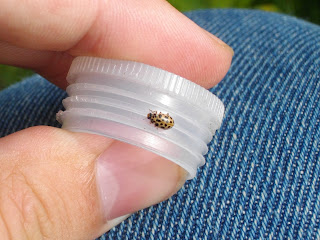 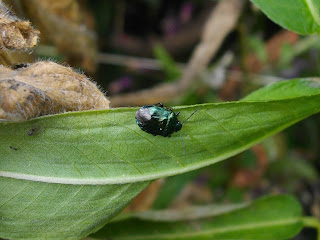 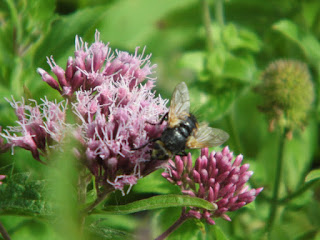 915. Nowickia ferox - A large black tachinid fly. It looks similar to Tachina ferra, but has black legs and more black at the end of the abdomen. 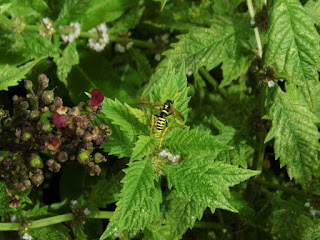 917. Water Stick-insect - We were looking into the water at the edge of the broad when Tim noticed that a bit of vegetation was moving in a different direction to the floating vegetation. A closer look showed that it was a Water Stick-insect, although unfortunately we lost sight of it so there is no photo.

* Pan-species recorders or pan-species listers are what used to be known as "all-round naturalists". In recent years there has been an effort to build up a community of people recording multiple groups. For more information see: http://www.brc.ac.uk/psl/
Posted by James Emerson