This year I have seen a number of interesting species of insect from my kitchen window whilst making tea or washing up. Today I was doing the latter when a moth flew past. I suspected it was a Hummingbird Hawk moth, although I wouldn't have recorded it based solely on those views. Luckily it landed on one of two Buddleias we have, and I was able to confirm that it was indeed a Hummingbird Hawk Moth. These moths are reasonably common migrants, and are responsible for calls and letters to people like the RSPB from people who are convinced that they have seen a real Hummingbird in their garden! 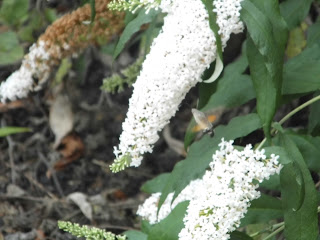 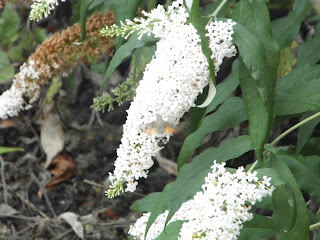 In other moth news, I have identified a moth that I saw at Thorpe Marsh on 30th July as Evergestis pallidata, which becomes patch species number 902. 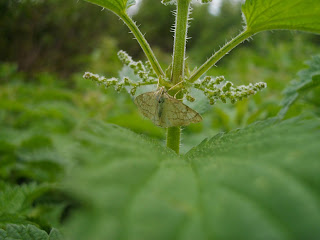