Given that Jim had found an Osprey at Rockland Broad yesterday I decided that a bit of time at the eastern end of my patch would be prudent. I headed down to Whitlingham Woods, and walked down the road towards Whitlingham Marsh LNR, noticing several Crab Apple trees, reminding me that I hadn't actually recorded them before. It was a sunny morning, with a hint of sewage on the breeze* As I emerged from the woodland into a sunny glade I immediately noticed several hawker dragonflies patrolling in front of me. I managed to get very good views of two Migrant Hawkers, an often very confiding species, but also a Southern Hawker. 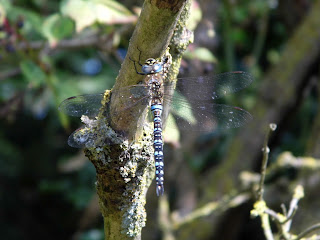 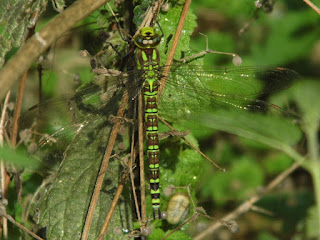 Since Oliver Ellingham launched his Powdery Mildew Survey I have paid more attention to mildews, and I noticed one growing on Great Mullein near the entrance gate. Another thing that I have been looking for is Helophilus hoverflies. They are common around Whitlingham, but every one I have checked so far has been Helophilus pendulus...until now, when I finally found an example of Helophilus hybridus. Even better, a bit further along I noticed two Willow Emeralds, one male and one female. Like the Migrant Hawkers they were quite confiding, along reasonable photos.

Looking down the river there was no sign of an Osprey, and there was nothing more than a Moorhen on the exposed edges of the river. I followed the river back towards the country park, picking up a previously overlooked species of hoverfly, Cheilosia impressa, and also noticing a plant called Arrowhead growing in the river. I also noticed at least three new galls, which I will add into my plant gall guide at some point this week. For those who have downloaded my Whitlingham guides I have updated many of them with new species in the past week.

Since my last Whitlingham post I have added another three species retrospectively:
933. the slime mould Enteridium lycoperdon
934 the tree Aspen and
935 a rust on Aspen, Melampsora laricis-populina.
From today: 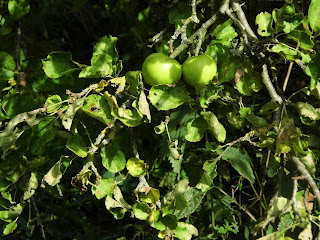 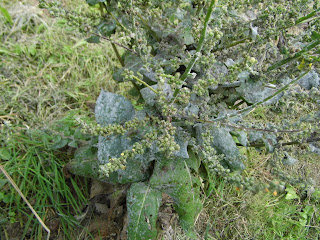 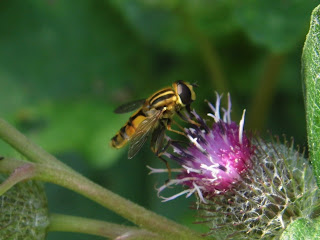 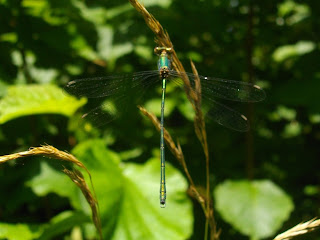 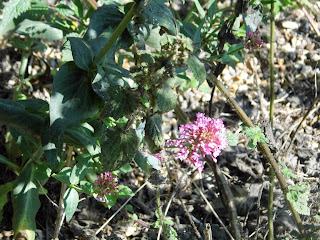 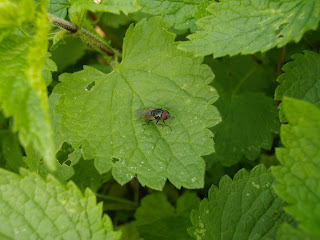 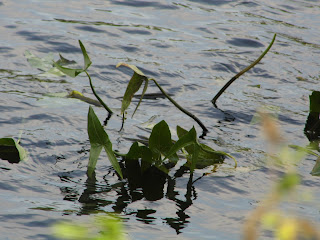 * For those not familiar with Whitlingham, Norwich's main sewage works lies just south of Whitlingham Marsh. On warm and/or windy days, the smell is quite apparent.
Posted by James Emerson