Whilst we were out on Sunday Cathy received a call from her parents to say they had found a large hairy caterpillar in the garden. From the description I suspected that it might be a Drinker moth, but we asked them to keep it until we got back from Heigham Holmes. When we called in it became apparent that it wasn't a Drinker caterpillar, something I see fairly regularly, but in fact an Oak Eggar caterpillar, something I've only seen once before. Not only that, it was a huge one, quite probably longer than most of the hawk moth caterpillars that I've seen before. I tried to get it to walk past a ruler, but it wouldn't play ball and kept climbing on the ruler. Nonetheless it gives an idea of how big it was. It was only when I wondered about the lack of a big oak tree nearby when I found out that they don't actually eat Oak, and are named because the cocoon looks a bit like an acorn. 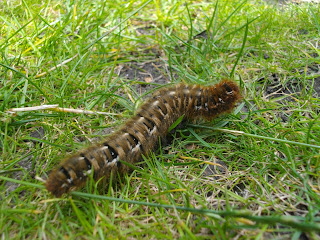 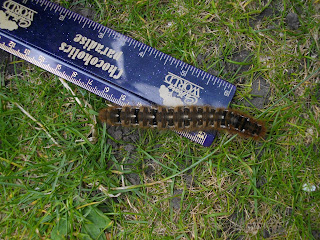 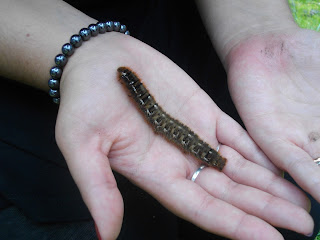