On Wednesday Cathy & I (along with our mothers) went to Somerleyton Hall, just across the border into Suffolk. On our way we stopped at St Olaves, where we had food and drink at the Bell Inn, apparently the oldest recorded pub in the broads. 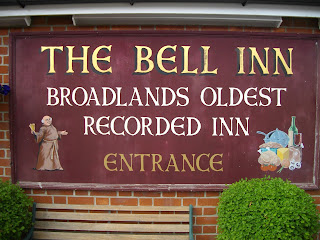 We booked onto a tour of the hall, but before that spent some time exploring the gardens. The highlight was a stretch of flowerbed that was packed with Speckled Bush-crickets and early-instar Common Green Shieldbugs. Cathy found some Rhododendron Leafhoppers, which we thought was rather odd as they were on Chinese Lantern plants. Later on we did find hundreds on Rhododendrons nearby, so it has been suggested that they were simply trying to disperse rather than feeding on an alternate plant. An Oak Bush-cricket was also found on the Rhododendron. As we looked around the outside of the hall I noticed three active House Martin nests. Going inside we had an interesting tour around the hall, before having tea and a big piece of cake in the cafe. 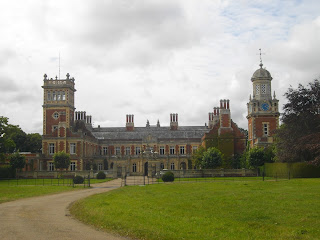 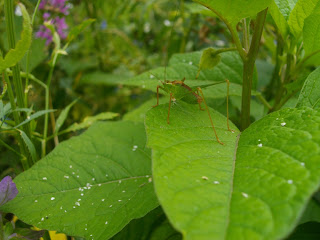 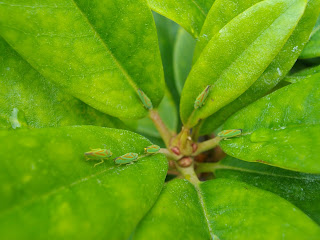 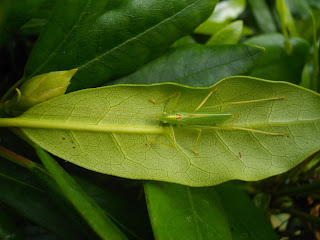