On Sunday morning I went to the Plantation Garden, a restored Victorian garden near the Roman Catholic cathedral in Norwich. As part of a plan to survey the wildlife present in the gardens and to encourage volunteers to take on the ongoing recording of it, a series of four wildlife workshops have been arranged. These workshops are being run by the Friends of Earlham Cemetery - the first two focusing on daytime insects, the third on moths and the fourth on fungi. Through my links with the Friends of Earlham Cemetery I had been asked if I would help with some of the workshops, so I met Stuart Paston (Norfolk's hoverfly recorder) and Jeremy & Vanna Bartlett for the first workshop.

After a brief introduction about why people record wildlife and the sorts of things to record, we headed into the garden. It was a bright sunny day and we saw a range of insect groups, although not too many of any one group. Orange Tips, Holly Blues and a Green-veined White all flew about within the garden. Using Stuart's expertise we looked closely at some hoverflies, seeing two new ones for me, Platycheirus albimanus and Epistrophe eligans. Several bees and ladybirds, Bee-fly, Common Earwig and a Beris sp soldierfly were all added to the list. Hopefully the participants found the workshop useful and there will be a good turnout for the next one in July. 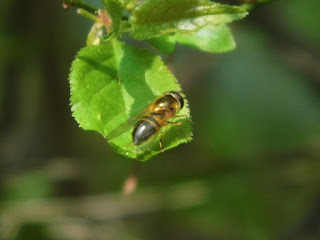 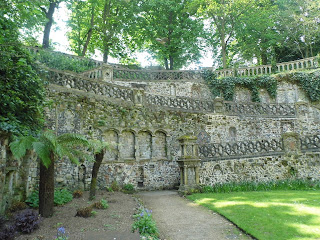