Throughout the day there had been a passage of Black Terns, including birds west of Norwich at Colney and east of Norwich at Buckenham, so after work I headed to Whitlingham to check the Great Broad. Other birders had already checked the previous evening and earlier on Friday, so the CP got pretty good coverage, and sadly no Black Terns (or Whiskered Terns, which had also turned up in several places around the country, though not in Norfolk).

It was a warm day, which made a pleasant change as my last few visits have been either cold or rainy. The Whimbrel earlier in the week was my 997th patch species, so I turned my attention to insects on my walk back to the car park in the hope that I would find three new species. A Syrphus hoverfly turned out to be Syrphus ribesii, which I've seen before. A solitary bee, Andrena nitida, on the picnic meadow was new however, and became species number 998. I had high hopes that a crab spider (Xysticus cristatus) would be 999, but having checked with Pip Collyer (Norfolk's spider recorder) he suggests that whilst likely, it wasn't marked well enough to be definite. 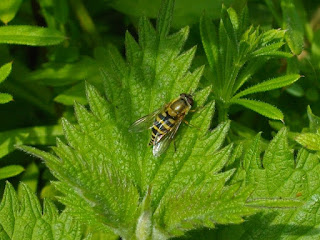 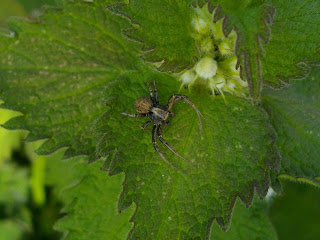 As it was I did get my 999th species, a small white-flowered plant called Sticky Mouse-ear. Hopefully one more visit will see me reach the 1000 - Whiskered Tern would be nice! 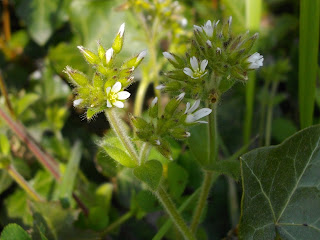