In case you hadn't noticed, we are now firmly in the period where inland bird activity has declined and plants and insects come to the fore on the blog. With this in mind I decided that rather than go straight to Whitlingham I would focus my attentions on Trowse Meadow and Trowse Woods before having a quick look over the broad.

Trowse Meadow was covered in buttercups, and looks the sort of place that should really have orchids too, but apparently doesn't. Some cows are grazing on it, but they seem to have a very placid temperament. I focused on some of the vegetation along the river edge, finding a couple of Downlooker Snipe Flies and an interesting dark fly sheltering underneath a poplar leaf. Incidentally there are a couple of trees here that look like Black Poplar, which is quite rare now. Does anyone know if the Poplar trees at Trowse are 'proper' Black Poplar or hybrids? Anyway, I didn't recognise the fly, but Andy Musgrove identified it as another soldier fly, possibly Scarce Orange Legionnaire, which if confirmed would be another new to 10km like Friday's Black Colonel. 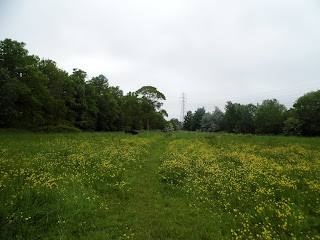 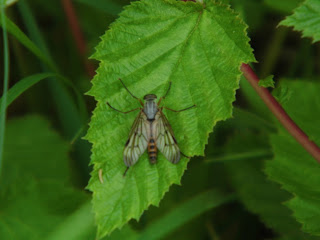 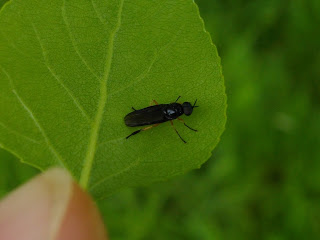 (Scarce?) Orange Legionnaire - note the orange body that gives it its name is hidden under the black wings

I saw two more interesting bugs as I departed the meadows and entered Trowse Woods. Firstly on nettles at the edge of the meadow was the ant-like nymph of Miris striatus (sometimes called the Fine-streaked Bugkin) and secondly was a yellowish soldier beetle, Cantharis decipiens. 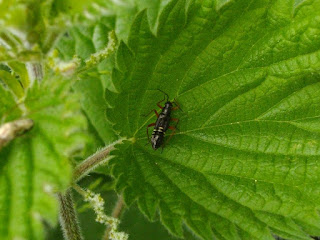 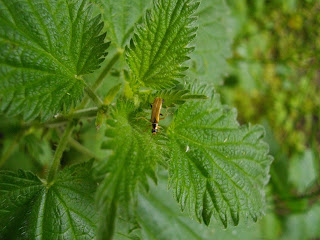 On my way up through the woods I stopped to note various plants, harvestmen, weevils, beetles, galls and leaf miners, some of which I photographed to look at closer when the time allows. The clearing at the top of the woods didn't have many flowers out (a patch of Red Campion notwithstanding) so I carried on and exited the woods, heading east towards Whitlingham. Here I spotted a new micro moth, the Sulphur Tubic. 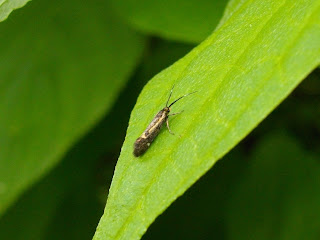 Walking back along the lime tree avenue to Whitlingham there were several more things of particular interest. This fly, apparently bound to the dock with some white silky stuff, has actually been parasitised by a fungus (Entomophthora muscae). The fungus kills the fly, but not before making it walk to a prominent position so that the spores can be dispersed and infect other flies. The Longhorn Beetle (Grammoptera ruficornis) was also a new species for my patch list. After a quick look over the Great Broad I completed my circuit, ending a very productive visit. 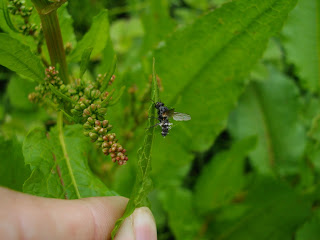 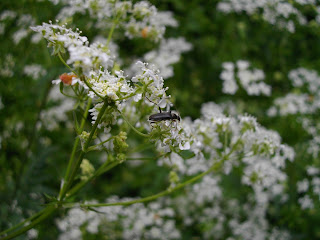