After dropping Cathy off in the city I looped round to Whitlingham for an evening walk. There were thousands of a small species of Caddisfly, Mystacides longicornis, that had clearly emerged that day. 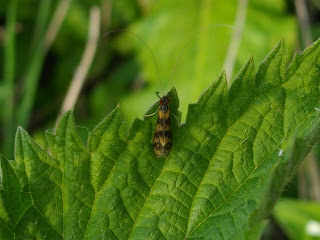 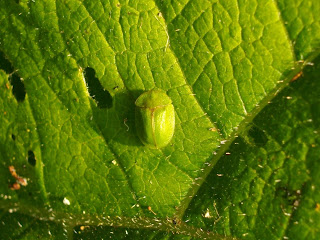 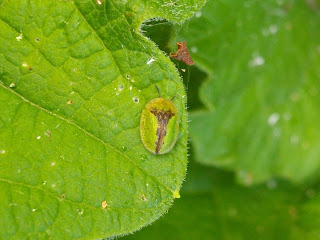 My productive evening of invertebrates continued with some occupied leaf mines in a dock leaf and lots of weevils. A soldierfly was identified online by Andy Musgrove as a Black Colonel (these flies all have a military rank in their name!) and confirmed by the Soldierfly recording scheme as a new TG20 record, which was satisfying. I also saw a small white micro moth. There are two similar species that are most easily identified by looking at them head on, so I'm not sure mine can be identified - it is either Elachista argentella or Opostega salaciella. 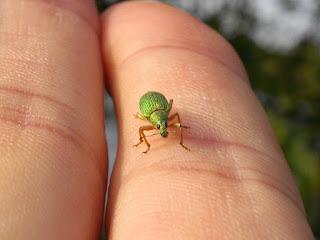 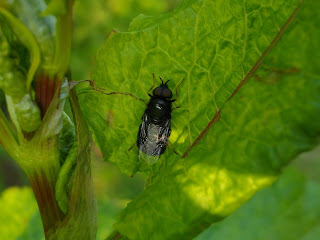 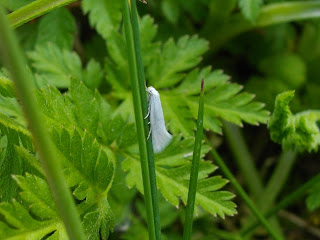 Finally I noticed that quite a lot of the campion flowers had dark centres. This is caused by a smut, known aptly as Campion Anther Smut. 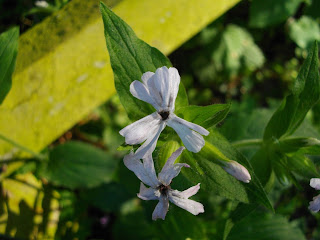