On Sunday Wheatfen hosted a Bioblitz, in conjunction with the Norfolk & Norwich Naturalists Society and NBIS. This brought together a host of experienced naturalists and interested wildlife enthusiasts to head out onto the reserve and record as many species as possible. I had agreed to go through the moth trap at the start of the morning, however my role became rather superfluous as the cold weather overnight meant only three moths were present in the trap - 2 Powdered Quakers and 1 Green Carpet. 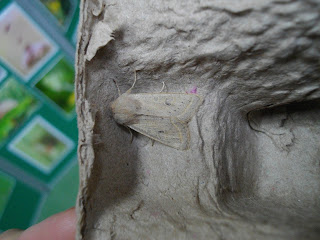 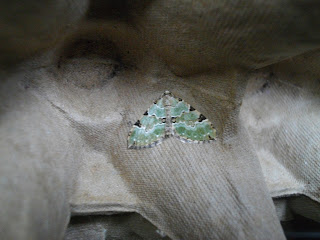 After this slight setback I went for a walk looking for insects with local volunteer Kevin, Tim Hodge, David Norgate and several others. We begun in the area around the Thatch, where we were shown the larvae of the very rare beetle Galeruca laticollis feeding on Meadow-rue. Five species of ladybirds were present, along with a Golden-bloomed Grey Longhorn Beetle and several different hoverflies. Two Hobbies flew over, and we saw three Cuckoos including a bubbling female. Stewart Wright showed us several micro moths and case-bearing larvae, which were particularly interesting. 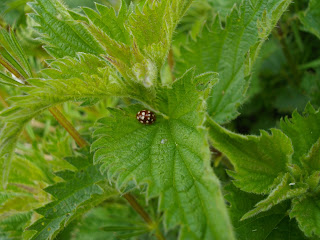 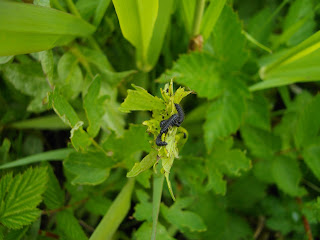 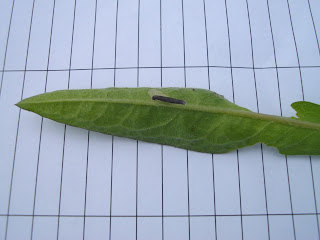 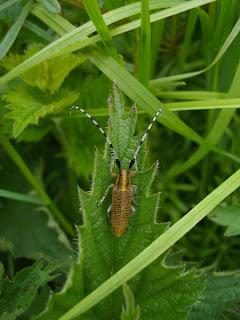 A few sunnier spells encouraged more insects to fly, including Orange-tip and Hairy Dragonfly. There were lots of Green Nettle Weevils and early instar Dark Green Bush-crickets in the nettles as we looked for extra species. We were able to point out some other interesting species, including a tiny Owl Midge and a large Noon Fly. A rust on Wild Currant was a new fungus for me. On our way back to the visitors centre we saw Large Red and Blue-tailed Damselflies, and a Black Colonel soldierfly. After handing in our records sheet I headed home, but recording went on into the afternoon - I'll update this post with an overall species total if one gets published.
Posted by James Emerson