On my way home from a Norwich Bat Group talk on Thursday evening I noticed a few brown areas in the leaf of a Lime tree near my house. It was getting dark, so I left it and then on Friday morning on my way to work I remembered to stretch up and collect the leaf. As I'd expected, the brown areas were three leaf mines, although they were evacuated ones (i.e. the insects that had made them had emerged). 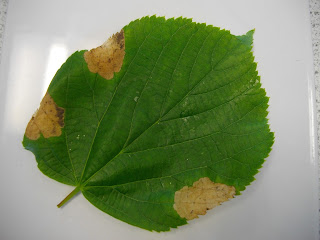 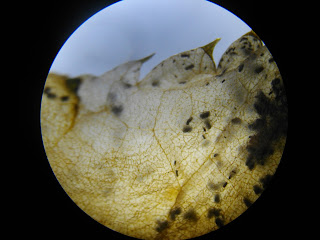 There are two excellent websites for identifying leaf mines (www.leafmines.co.uk and www.ukflymines.co.uk), so I searched for mines in Tilia spp and came up with an answer, Parna apicalis. This species only had five dots on the NBN map (a way of seeing how abundant a species is, albeit not everyone sends in or passes on their records, so it has to be treated as a guide only). It should be noted that one of those five squares is the one with Norwich in, so even if it is genuinely the second county record it won't be a new 10km square. 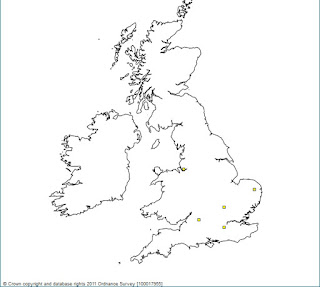 I double-checked the ID with Brian Pitkin, who runs the ukflymines website and leaf miners Facebook group, and he agreed. I guess if there is a moral to the post, it is to keep your eyes open as scarce or under-recorded species can be found even within the city and as you go about your daily business.