Whitlingham has begun to quieten down with regards to birds, so on Friday evening I headed to Thorpe Marsh where there was a better chance of seeing something different. I once again failed to see any Hobbies, but I did add one bird to my patch year list in the form of a Shelduck. Susan had kindly emailed me to say that she had seen one on Thursday whilst conducting Orange-tip counts, but at first glance there was no sign of it on the broad. Ricky then phoned me to say that he had seen it fly in and land on the western edge of the broad. Despite scanning from different vantage points it was out of site, and I had almost given up before finally seeing it asleep amongst some vegetation.

In contrast to the birds there were large numbers of insects. In particular there were lots of recently emerged Mayflies (Ephemera vulgata) and Caddisfly spp. I was also able to solve a mystery from last weeks visit to Wheatfen. Whilst at the Bioblitz we had seen eggs on dock leaves, but not been able to identifity them. Today I saw not only the eggs, but the beetles responsible. They were Galerucella sagittariea, and with several similar species with different foodplants, the fact that they were egg-laying on dock was particularly handy. Of the rest of the insects, Red-headed Cardinal Beetles are always nice to see, and there were also some Soldier Beetles (Cantharis rustica). 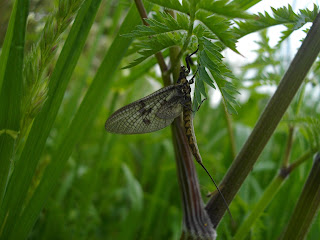 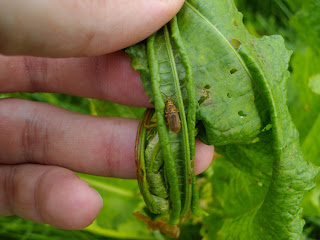 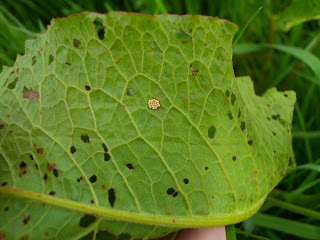 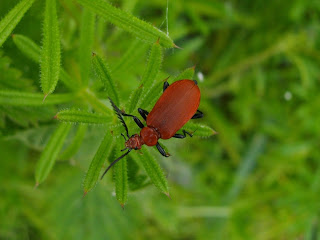 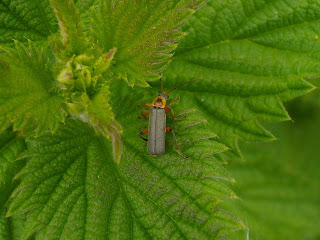