By the weekend it was beginning to look like the large passage of Marsh Tern spp had passed Whitlingham by. Luckily this year with some of the UEA birders visiting Whitlingham in addition to the regulars, there are more eyes on the lookout, and this afternoon Drew came up trumps with some Black Terns.

Luckily I had just got home from work when he called, and was able to head down to the Great Broad where two Black Terns were hawking insects along the far shore. They began to move towards eastwards towards the island, so I walked a bit further down. A screeching call alerted me to a third Black Tern flying in, and looking along the shore I could see that Drew had also noticed this latest bird. Whilst Black Terns are near-annual at some sites in Norfolk, I think these might be the first ones at Whitlingham since September 2010, and definitely my first summer adults here. They remained into the evening, allowing a number of local birders to see them. Incidentally they were mostly out of my camera range, so I'd love to see any photos that people may have taken of them. 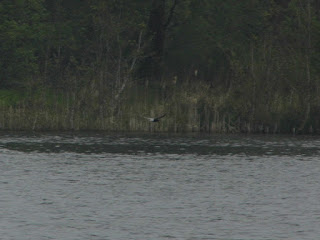 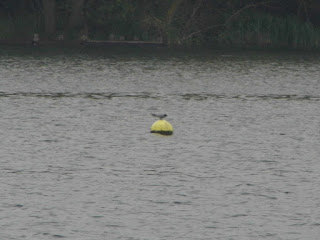 There was also a bonus beetle - whilst walking from the car park to the broad I spotted a metallic beetle in the undergrowth, which I recognised as Chrysolina polita, which became patch species 1001. 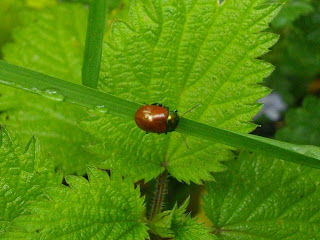