Having been to Thorpe on Friday, I checked Whitlingham on Saturday. I checked around the ruins in the hope that a Spotted Flycatcher would have returned, but it seems this species is no longer regular in the area. There was quite a bit of Star-of-Bethlehem flowering - have I just missed this in previous years? The Great Broad was a bit disturbed from boating activities, but mainly held Lesser Black-backed Gulls. 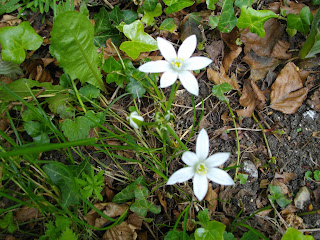 The warm weather meant lots of insects were about, including six species of ladybirds and two shieldbugs. There were lots of small Nomada bees flying around the eastern end of the Great Broad, but frustratingly none would settle - I still don't have any on my patch list. Hoverflies included my first Cheilosia illustrata of the year. Another one of my favoured groups are metallic seed and leaf beetles, and there were some nice bright green ones which I think are Plateumaris sericea, and a darker one that I haven't made up my mind on yet! Figwort Weevils were also out and numerous along the south shore. 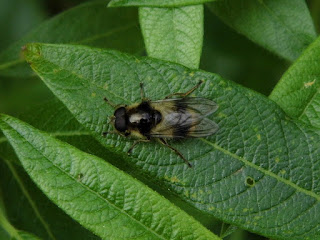 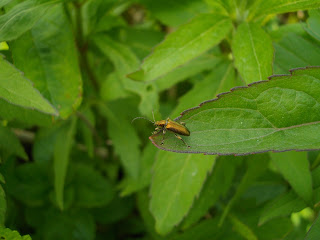 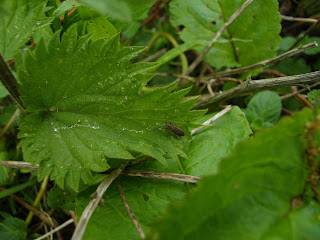