On Friday afternoon Cathy & I headed to Minsmere to see some bees. The weather had been good up until Westleton, when it began to rain. Arriving at Minsmere the rain was heavy, and no self-respecting insects were likely to be out and about. We headed for the cafe for some cake, and luckily the rain subsided. Our first stop was the Ant-lion pits near the visitors centre. This rare insect has a seldom-seen adult form like a large lacewing, but is best known from its larvae. These are large grub-like creatures with powerful jaws, that construct small pits in sandy soil and eat invertebrates that slide down into their pits. There were no suitable prey-items wandering around today, but as we looked across the sandy soil Cathy spotted one flicking sand out of its pit. In the end we saw four, all doing the same thing. 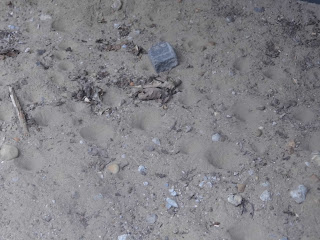 We took the path towards the north wall to look for our main target, the Pantaloon Bee. This slightly whimsical name has understandably taken over from Hairy-legged Bee, and the discovery of some alongside the path at Minsmere had proved popular with recent visitors. It is only the females that have the hairy legs, and we only found one - aptly excavating a burrow right up against a sign telling visitors to look out for them. We watched her repeatedly backing out of her hole before dashing back in again. 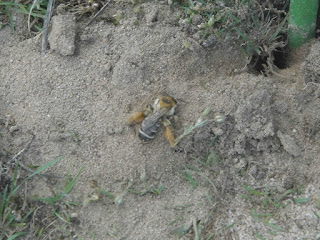 There were lots of bee/wasp holes nearby, and it appeared that most of them were occupied by Bee-wolves. I had first seen this species in the castle gardens in Norwich several years ago, although in a brief visit this year it appeared that their habitat had grown up too much (they need bare soil to burrow into). Whilst watching them, a Sand-tailed Digger Wasp flew in and landed on my hand - perhaps my tan makes me look temptingly sandy. We then watched a digger wasp excavating the entrance to its burrow, so furiously that at times it was almost flinging the whole body over its head. 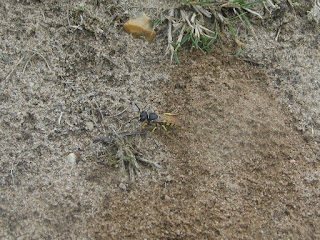 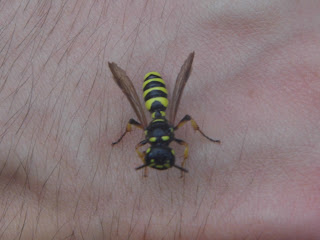 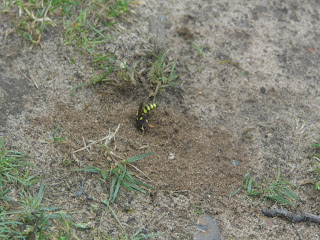 We decided to walk as far as the sea, stopping to look at the tame but often myxamotis-looking Rabbits and Cinnabar caterpillars. Despite the recent rain I was surprised that this part of the reserve was almost deserted, which was slightly ironic given the increased visitor numbers from Sunday. We saw lots of Six-spot Burnet Moths, a Common Scoter and 12 Gannet before returning back to the car. 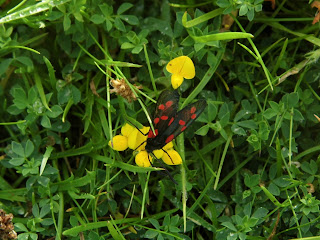 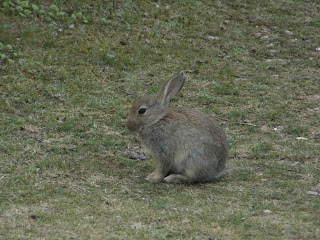