On Thursday I met up with Adam in North Walsham, and we headed off to Happisburgh to have a look for any migrant birds that may have trickled along the coast. As we walked along a well vegetated lane we saw a group of birders along the clifftop and wondered if we were walking towards something good, but it turned out they were on a guided Limosa walk. Once they had gone we spent a while around the scrub and nearby buildings in case anything popped out, but found nothing better than Reed Buntings, Meadow Pipits and Redwing. On a large puddle nearby two Dunlin looked quite incongruous to the surroundings. 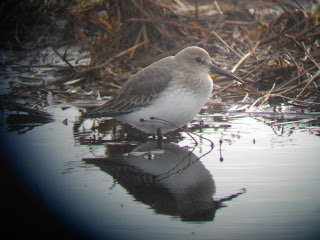 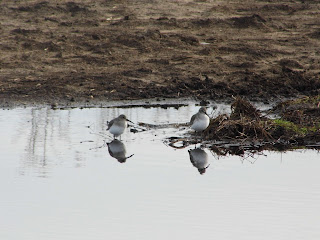 We had a look out to sea, where there were large numbers of gulls on the groynes and waves. A couple of Red-throated Divers were on the sea, but not much was moving. Walking south along the clifftop path we saw a Stonechat, but that was the highlight. Having heard and distantly seen a flock of Pink-footed Geese, we decided to leave and try to locate the goose flock, before meandering to Bacton Woods. We only managed to locate a small flock of Pink-feet, that didn't included any other species. As we drove slowly along a Kestrel flew down off a post and flew low in front of us, and at that point a Stoat chased a Rabbit out of the hedge in front of the Kestrel, providing us with excellent views of an apparent three-way chase!

We stopped off at East Ruston, where Adam wanted to show me some large boletes that he had seen in previous years. We found several of them and they were Penny Buns, the largest of the boletes that we get locally. There was a range of other species too, including Fly Agarics and an interesting toothed crust on a branch. 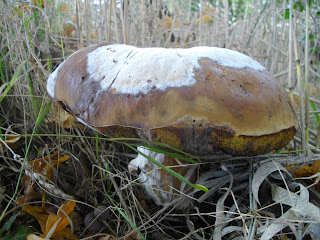 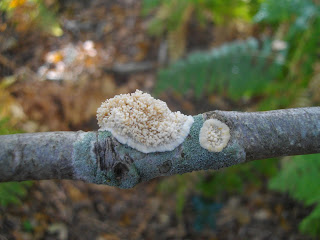 Whilst travelling along the edge of Bacton Woods we noticed an unprecedented number of cars parked along the side of the road, suggesting that maybe the car park was full. Once again it seemed we had chosen a location where an event was going on, in this case a children's Halloween walk. The woods was aboslutely packed with fungi, and as many of the species were ones I have talked about in recent posts I won't go over them all. Four of the more interesting ones were Yellowleg Bonnet, Black Bulgar, Ear Pick Fungus (a small velvetty fungus that grows on pine cones and has teeth not gills) and new to me Wood Oysterling (reddish brown stipeless caps growing from a branch). 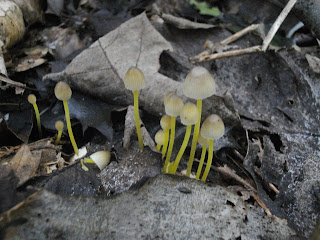 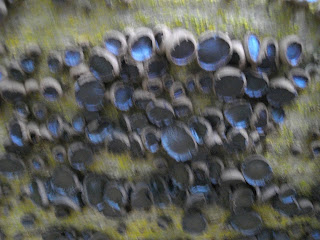 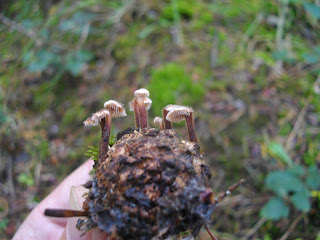 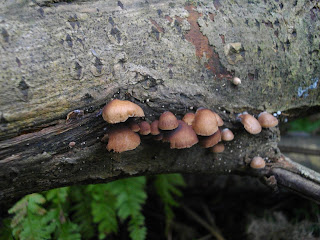 The other sighting of interest was the shear number of Dor Beetles about. We saw over 20, many wandering across the path but some unfortunately squashed. The poor light meant my photos of them weren't particularly sharp, which means that annoyingly I might not be able to identify them to species. 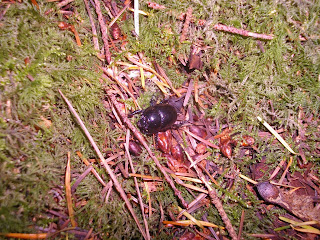 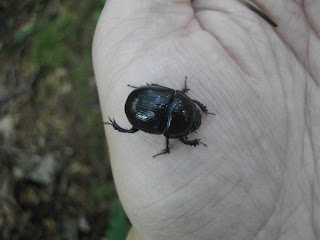 Incidentally for stats fans, this is my 1000th blog post, in my 8th year of keeping this blog. How time flies eh?
Posted by James Emerson