A while back Jim had asked if I would be interested in meeting up at Wheatfen one morning to have a look at the fungi there and pass on a few tips for identifying them. We were both free on Monday morning, so met in the car park to see what was about. Immediately obvious near the entrance and on the grass nearby were some Shaggy Ink Caps, nicely demonstrating the different stages of deliquescence as shown below.

There were several other species amongst the grass, including an Agaricus sp, but a very productive area was behind the study centre. Whilst initially drawn to the larger ones like Deceiver, Birch Milkcap, Ugly Milkcap (amusingly called 'The Ugly One' in Jim's older fungi book) and Blusher, closer inspection revealed Orange Mosscap and some Pipe Clubs. 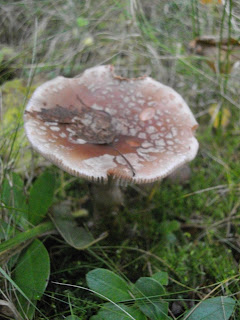 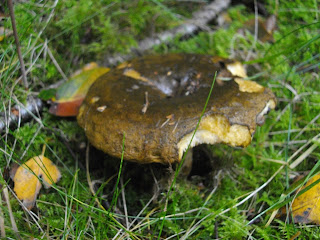 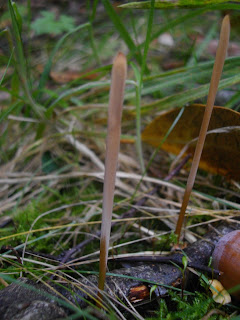 We set off into the woods, and were only a few steps in when we saw some Sulphur Tuft and Amethyst Deceivers. The latter was very common on our walk - if you have never seen this beautiful common purple species then I highly recommend having a look for them as there were loads. Further in we saw False Death Caps, some Russulas that were probably Purple Brittlegil, lots of Lilac Bonnets and a loose ring of Fly Agarics. 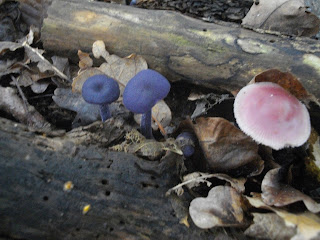 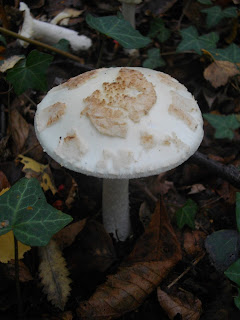 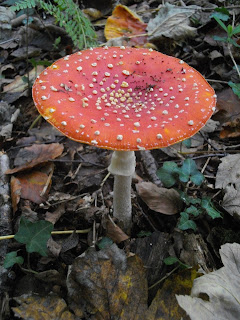 Further along the path Jim noticed some large brackets, which turned out to be Oak Mazegill. I was able to show him how to identify Bleeding Oak Crust, and we also saw Crystal Brain, Oak Curtain Crust and Brown Roll Rim. As we reached a boggy bit of the path we saw some Glistening Ink Caps and the birch log ends were covered in Candlesnuff Fungus. 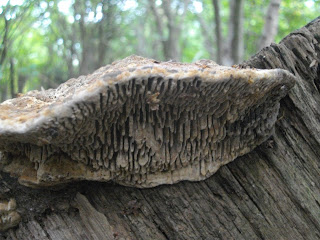 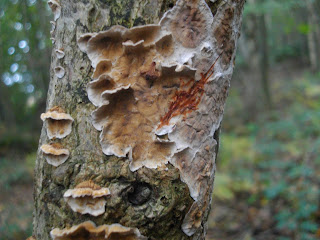 There was less fungi along the grassy paths, but we did see some Scaly Earthballs, yellow club sp. and a Pleated Inkcap. A cut stump was covered in Common Stump Brittlegills. Before returning to the car park we diverted to the Thatch, where as well as a few more yellow clubs we saw Parrot Waxcaps, which are always worth a look. We were mainly focussed on fungi, but at the start of the walk we heard at least one Brambling and a Marsh Tit calling. 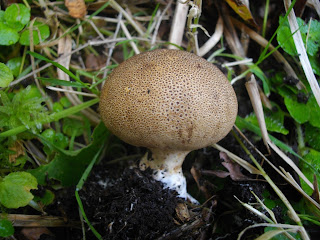