On Saturday I ignored thoughts of returning to the coast to attend a daytime meeting of the Norfolk Moth Survey. Along with a group of Norfolk and Suffolk moth recorders, the NMS had arranged for leaf-mine experts Brian Pitkin and John Langmaid to join us to record some of the overlooked species best found as larvae.

The location of the morning meeting was Marham Fen, a site that I hadn't visited before. The periphery of the site was wooded, with large amounts of Hawthorn and Buckthorn. Nearer the centre was some open meadowland, and some wetter areas that presumably gave it the name. Being one of, if not the least experienced leaf-miners the visit was a bit of a steep learning curve, but the main thing to take away was the variety of different mines and foodplants so that I can find them (and hopefully identify them!) for myself at a later date. 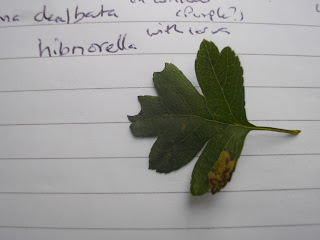 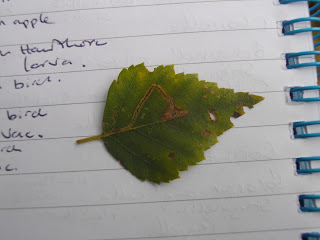 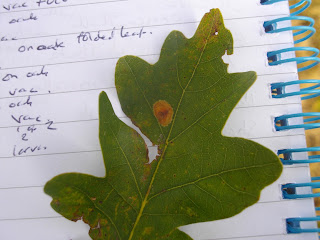 After a couple of hours we had amassed a list of over 40 species of leaf-mining moths, of which probably a third related to occupied mines (i.e. we could see the larvae) and the rest vacant but still distinctive mines. Most of the group went to a pub in Shouldham for lunch, before moving on to Narborough railway line in the afternoon. I had the WeBS counts to do and didn't want to overload myself with new names, so headed back to Norwich after a brief sandwich. Thanks to Ken and the rest of the group for making me welcome.

In non-lepidopteran highlights there was a good passage of Redwings over and I saw an interesting green crab spider, Diaea dorsata. 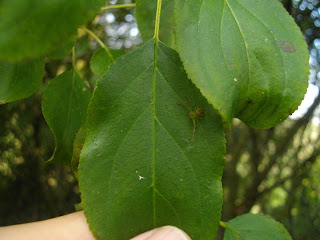