The Norfolk Fungus Study Group foray today was at Earsham Hall on the Norfolk/Suffolk border, and I didn't really have time to go there. Handily an alternative was offered, Tony had decided to visit Flordon Common and so a splinter group of Tony, Ian, Tim, Tom and myself headed there for a few hours instead. I had never been to Flordon before, but was aware of it because it had been a NNNS Research Group project, with a detailed write-up in the 2009 volume of Transactions.

We met at a layby near to the entrance to the common , which was marked with a footpath sign but no interpretation board or anything saying 'Flordon Common', so it could easily be missed. 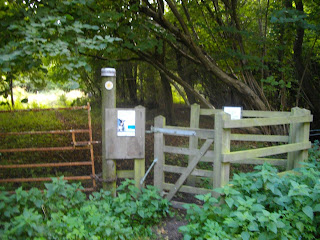 Upon entering the common we headed straight for a small area of short-cropped grassland where Tony had seen an unusual Waxcap the week before. It turned out there were quite a few of the small orangey-red caps. Tony had confirmed that they were Glutinous Waxcaps (Hygrocyube glutinipes), but this species is usually yellow. There is a scarcer red form (var rubra), but given that these were orangey, we don't know where the line is drawn between the two forms! Two Blackening Waxcaps were also present here. 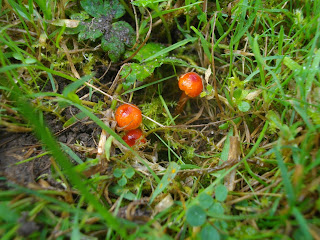 Whilst Tim looked through a cow pat for beetles, Ian had ranged a bit further and located some more fungi. Two of them were species I had only seen once or twice before, Mycena amicta and Fiery Milkcap (Lactarius pyrogalus). The other one was a Parasola sp, which will need further work to identify to species. Further along we were momentarily stumped by some small yellowish fungi growing beneath a bush, until someone mentioned that it was Hawthorn. It turns out that there is a species that grows on old buried Hawthorn berries, and this was it, Tubaria dispersa. 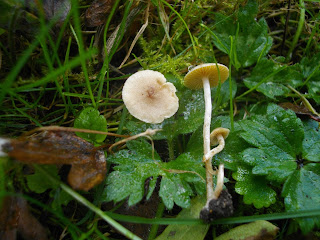 The next species of note (so ignoring some small yellow discs growing on a cow pat) was an attractive Scalycap growing from the base of an Alder. Given the host I guessed at 'Alder Scalycap', but actually it was the closely related Golden Scalycap (Pholiota aurivella). Whilst near the stream bank I noticed some red fibrous-looking things below the water. Being the curious type (and hoping to have discovered a new species of freshwater seaweed) I waded in for a closer look. It turns out they were the end of Alder roots - whether they are this colour in the ground or only in water I don't know. Either way very interesting. 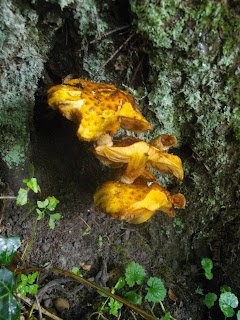 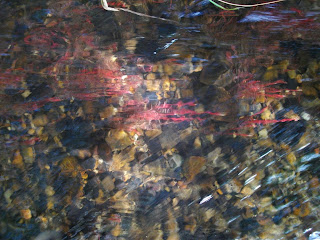 Aware of time restraints we had a quick look around an area of wet vegetation, noting Cramp Balls (Daldinia concentrica) on Alder rather than its usual host, Ash. Back near the road we found a few more fungi near a Willow tree, including Goldleaf Shield (Pluteus romellii). We exited the common and walked along the road before re-entering along a drier edge. Here we saw more Glutinous Waxcaps and several other small fungi, but the main feature of interest was some of the plants, which included Good King Henry, Vervain, Cotton Thistle and Dwarf Mallow. In a wetter area nearby Devil's Bit Scabious and an Eyebright sp, possibly E. pseudokerneri, were still flowering. A nice site, and probably worth a spring visit for insects judging from the number present on an autumn day. 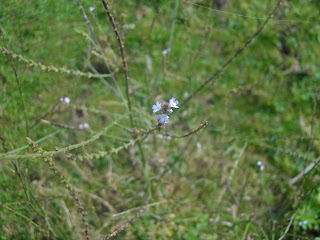 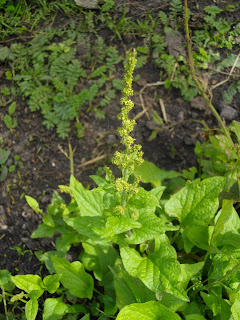 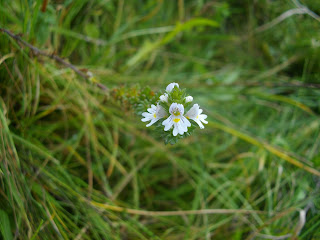