During the day I received a text from Mark, who had seen a Bearded Tit and a Yellow-browed Warbler at Thorpe Marsh. I haven't had much luck with after-work birding during October, mostly due to the dreary weather and restricted daylight hours, but decided to go and have a look just in case. I found two Long-tailed Tit flocks, but no Yellow-browed Warblers. With no sound of any 'pinging' from the vegetation around the broad I carried on to the marsh to wait and see if any owls emerged. On my way round a lone Pink-footed Goose flew over, presumably separated from a newly arrived flock.

I had already heard a Water Rail, but managed to see one as it ran Jacana-like across some ditch vegetation. Two Buzzards soared over Whitlingham Woods and spiralled up over the river, and Redwings called overheard. There was no sign of any Barn Owls (or Short-eared, which I had hoped for), but there was an unexpected bonus when a Woodcock flew in and landed just west of the flood. In addition to the birds I saw a small red Weevil, probably an Apion sp, and a small inkcap that I checked out and identified as Parasola leiocephala. As I left I noticed a Chinese Water Deer browsing along the back of the flood. 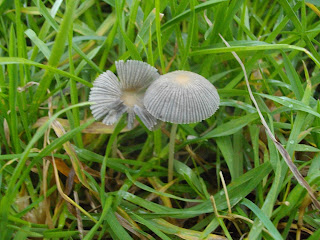 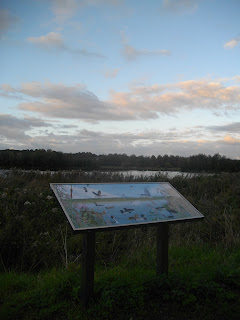 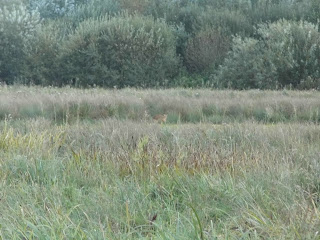