Saturday was a non-wildlifey day, but whilst at my mum's house in North Walsham I noticed a large wasp on some wood. Presumably a queen wasp, but which species. Wasp patterns vary, so ideally you want pictures that show the thorax, abdomen and the face straight on. At home I checked the face and body patterns against the pictures in Chinery* and it was a queen German Wasp. 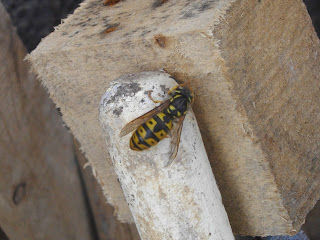 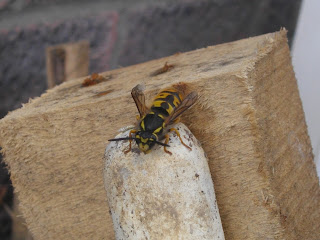 On Sunday whilst at Whitlingham I saw another interesting looking wasp. It looked long, thin and much more blackish than normal. I wondered if it was a Median Wasp, but again photographing the face and body I established that it was in fact a male Common Wasp. There are quite a lot of different social wasps, so if you aren't allergic to them, why not have a closer look and see which ones are on the ivy flowers near you? 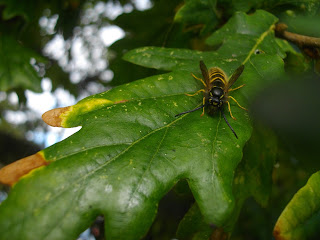 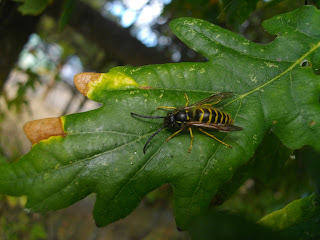 * Insects of Britain & Western Europe by Michael Chinery, one of the most popular insect books alongside the newish photographic guide by Paul Brock.
Posted by James Emerson