Despite there in theory being a couple of hours of daylight still after work, the overcast conditions and rain showers meant that it felt dusk-like as I headed down to Whitlingham on Wednesday evening. A Bearded Tit had been heard calling from the north shore of the conservation area earlier in the day, so I was eager to have a look for it. I did stop to check a Long-tailed Tit flock for Yellow-browed Warbler, but as of yet I've not seen one around Norwich, despite the huge influx. Despite loitering a while I didn't see or hear the Bearded Tit - it may have moved on, or could have just been silent. Whilst waiting I counted 41 Cormorants in to roost, and heard Bullfinch, Kingfisher and Grey Wagtail.

Whilst looking for alternative viewpoints I noticed an area of short grass and walked over to it. This turned out to be a good move, as it held at least four new patch species (more if I can identify them!). These included Orange Mosscap (Rickenella fibula), Bank Haircap Moss and two Cladonia lichens. 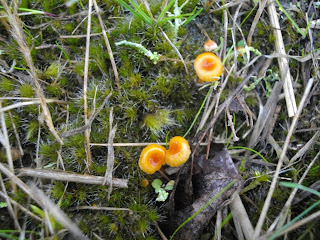 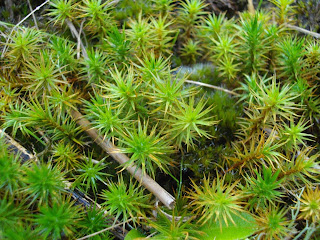 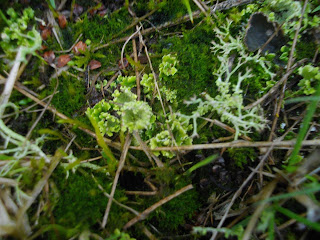