We stayed the night at the edge of the Chilterns at a place called Chartridge Lodge, and whilst having breakfast we were able to watch a Red Kite soaring low over the garden. We had planned to go to the Natural History Museum in Tring, but it didn't open until 2pm, so we headed to Bison Hill near Whipsnade to look for Duke of Burgundy, which would be a new species for me. When we arrived it was windy, not the best conditions, and moreover we couldn't see any Bison. Not being able to see a 1400lb mammal did not bode well for a small orange butterfly.

We started off by taking a steep chalky path down to the left, noting some Common Rock-rose growing along the side. I then searched an area of Cowslips, paying particular attention to areas that would have a warmer micro-climate. This paid off to a point - I saw Orange-tips, a Green Hairstreak and a Carpet moth sp, but no Dukes. 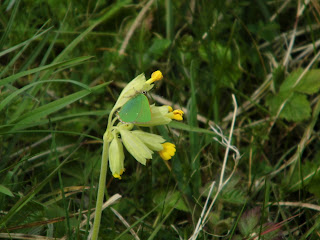 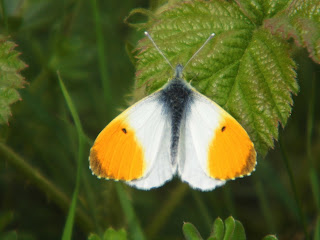 Back up to the top, and Cathy called me over to see something. When I reached her I saw that she had found a Slow-worm, and not only that, it turned out to have small blue spots, a feature found on some mature males but that I had not noted before. 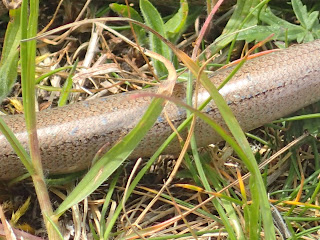 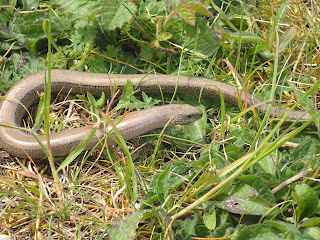 We took another path along the edge of some grassland, but only saw another two butterflies, both too large to be our quarry. A large red-tailed bee with dark wings appears to be my first Hill Cuckoo Bumblebee, so our time here was productive despite the lack of Dukes and Bison. 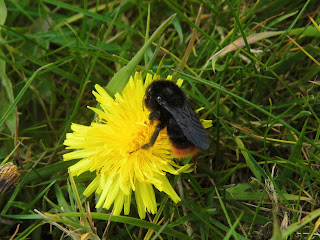