On Saturday Train Wood on the edge of Norwich held a bioblitz recording day. The wood marks the start of the Marriott's Way footpath, and the Friends of Train Wood have been doing stirling work in looking after and promoting the area. The Norfolk Wildlife Trust have also helped, and representatives of NBIS, Norfolk Bat Group and NNNS were also present. After a quick look in the brambles, finding Large Red & Azure Damselflies and a Dock Bug, I tagged on to a guided walk led by Nick Acheson, who quickly racked up over 100 species, mostly plants. 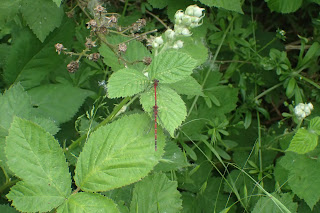 Part way along I left the walk to chat to Lindsey and Graham on the Norwich Bat Group stand (and Tony nearby). It was here that they showed me an insect they had found behind the stand, which turned out to be a Snakefly. There are four near-identical members of this family, but none of them are seen very often as they tend to stick to the canopy. One from Suffolk had been identified the previous week  from the pattern of veins, so I took some photographs and asked Norfolk invertebrate expert Tony Irwin for help. Unfortunately it turns out that the hindwings, hidden under the forewings, contain the key ID feature, so it could only be whittled down to one of two species. Still, regardless which one it was, still a very interesting thing to see. 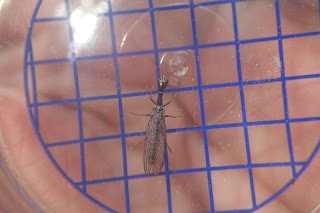 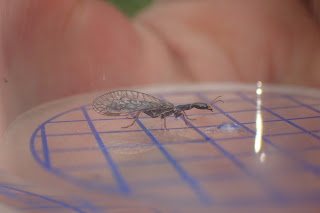 After sheltering from a few thundery showers passing overhead, I set out to record some more invertebrates. Banded Demoiselles were common, and a Brown Argus was my first of the year. Mayflies, Birch Catkin Bugs and Woundwort Shieldbugs went down on the list, and at the river a couple of Hairy Dragonflies flew past me. Well done to everyone involved, who managed to record 300+ species and hopefully raise the profile of this county wildlife site. 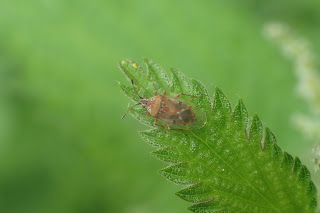 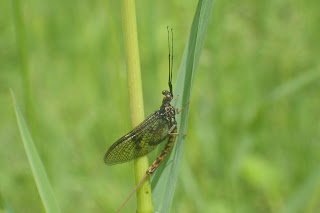 On my way home I noticed some Common Ramping Fumitory growing on waste ground, a new plant for me, which was an excellent end to the day. 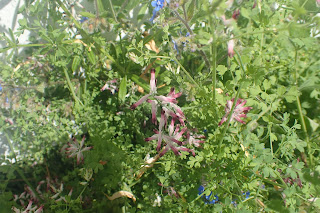