NORWICH: A selection of garden insects

You don't have to go very far to see some interesting insects, particularly in sunny weather. On Sunday I was making a cup of tea when I noticed a hoverfly outside, and nipping out for a better look I saw that it was Epistrophe eligans, a common species but one I've only seen once before. Whilst outside I also saw Platycheirus albimanus, which Cathy had seen previously here but was the fourth hoverfly onto the garden list. 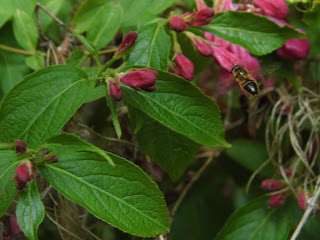 On Monday evening I took advantage of a brief sunny spell to have a walk around the garden. Three things were of particular interest, a tiny Speckled Bush-cricket on a dandelion flower, a scale insect sp on a Field Maple sapling and three Polydrusus formosus weevils on the same tree. Not bad for a quick garden wander! 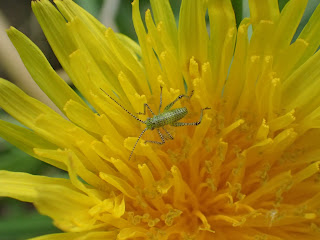 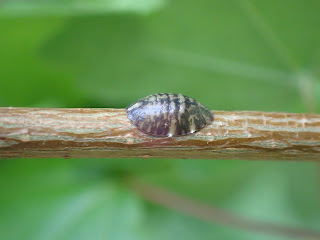 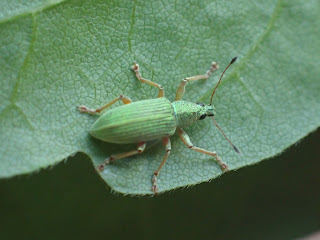