After our walk at Bison Hill, Cathy & I headed to Tring to visit the Natural History Museum. We arrived a couple of hours before opening, and spent some of it in the memorial garden. As you would expect it was a scenic, peaceful place, and we particularly enjoyed seeing some recently emerged Large Red Damselflies taking their first flight, helicoptering uncertainly up into the nearby vegetation. 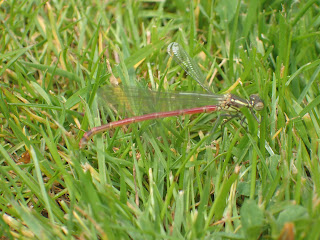 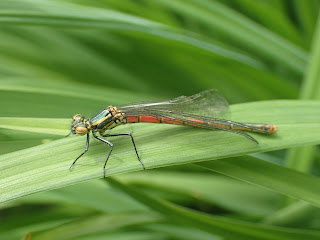 After lunch we went to the museum, and were suprised to see there was a queue outside waiting to be let in. Whilst this did mean that the galleries were rather full as we walked round, it was good to see so many people are interested in natural history. There appeared to be some sort of activity packs that encouraged children to go around and draw their favourite animals, which again has to be a positive thing.

The bird galleries were of particular interest, in particular a case of British birds with pigment deficiencies. A temporary exhibit contained a composite skeleton of a Dodo, one of only a handful left in museums. There were more interesting galleries upstairs, and also a feature on the man who begun the collection, Walter Rothschild, and eccentric (he had a carriage pulled by Zebras!) who contributed much to the study of insects in particular. 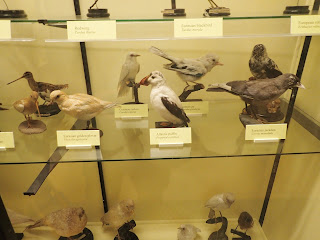 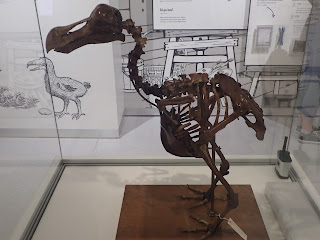 Upon leaving the museum, seeing a Holly Blue beside the steps, Cathy suggested having a look at the park nearby. This proved to be a good idea, as I found a hopper with distinct flanges on the top of its head. My first thought was Eared Leahopper, but it was the wrong shape. Back at home I was able to find it on the ever-useful British Bugs website - it was a treehopper, Centrotus cornutus, a new species for me and a very interesting-looking one. 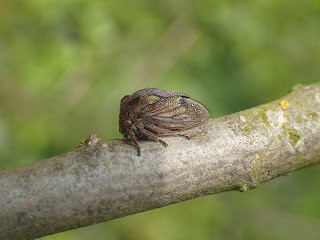 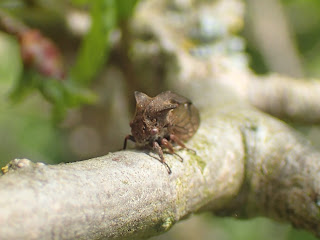 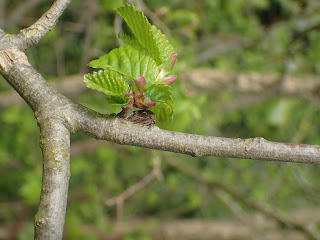