I didn't have any plans for Sunday, so when an Arctic Warbler was found at Wells Woods I decided to head over and have a look. It was raining on the way up, but by the time I got there the sun was out, creating a marked difference between the waterproof wearing birders and the beach going tourists. After a brisk walk to the area of birches that the Arctic Warbler was frequenting I got brief views before it flew further back into the trees. Rather than go round I decided to stay and wait for it to come back, and was rewarded with good 'scope views as it worked its way up through the trees. It was a bit too mobile for my digiscoping so I didn't bother trying, but others were clearly getting some good photos.

After a while (and conscious of the fact I'd only paid for two hours of parking) I wandered back. At the edge of the birches I stopped to look at a Brown Birch Bolete, and closer to the dell I found several more. These latter ones had darker caps, but turned out to be the same species. A Small Copper landed briefly on the path, and two Bitter Waxcaps were growing in the Dell amongst lots of Eyebright. I also noticed some sawfly caterpillars feeding on Birch leaves on my way back. A pleasant trip for my first coastal birding of autumn, and belated my first new bird of the year. 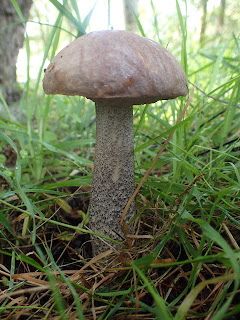 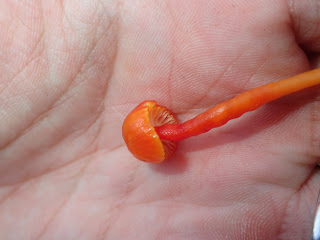 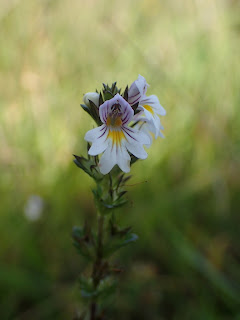 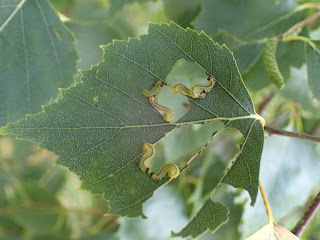