NORWICH: Coral fungus and an Earthstar

After work on Friday I was walking down Lakenham Way when I noticed something out of the corner of my eye. Instinct said that it looked like a coral fungus, but there was a large patch so I had second thoughts until I got over to it and found that it was indeed around ten clumps of a Ramaria coral. There are quite a few different species so I need to examine a bit, but Tony Leech agrees with me that the most likely species is Ramaria stricta. 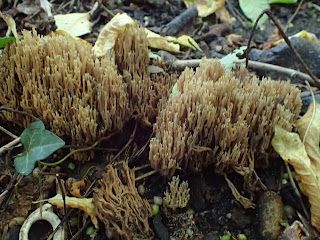 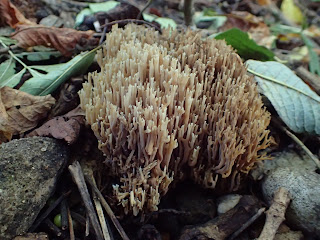 This would have been good enough, but whilst looking at the coral I also noticed at least six Collared Earthstars, including a nice fresh one. 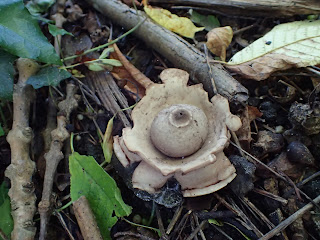 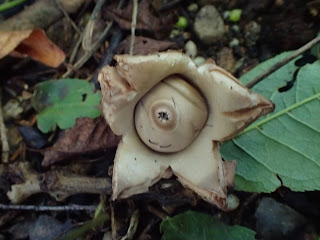 To add to the fungi, I also found a Rosemary Beetle in the in-laws garden before heading home. 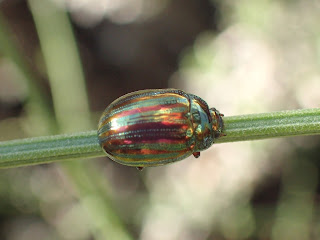