On Saturday the Norfolk Fungus Study Group visited the Somerleyton Estate. The border-aware amongst you will be aware that Somerleyton is in Suffolk, but as there is currently no equivalent Suffolk Fungus Study Group there is often one foray held in Suffolk, if nothing else to get a few more records for county recorder Neil Mahler who is a regular attendee at the Norfolk events.

We began at St Mary's church, where after the cows had dispersed we were able to check a nearby field. There was very little fungi about, Puccinia glechoma (a rust on Ground Ivy) was probably the pick of the bunch. Rose Sputnik galls and a Pale Tussock caterpillar were the non-fungal highlights. 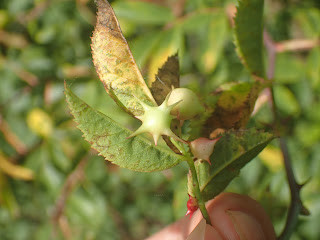 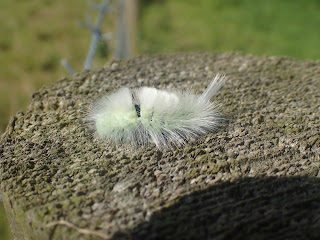 Whilst more fungi would have been nice, it did at least mean that we unanimously agreed to move on to our second site, an area of heath and woodland further north on the estate. After convoying to a parking area closer to Fritton Lake we then headed down a path, seeing a Stinking Dapperling. The group dispersed to cover an area of heathland, and although there was quite a bit of fungi about, it was mostly a rather narrow band of common species. Sepia Bolete (Xerocomellus porosporus or Boletus porosporus, I don't know which is the current name and it's largely irrelevant as it will probably have changed again by the time you read this) was nice to see. 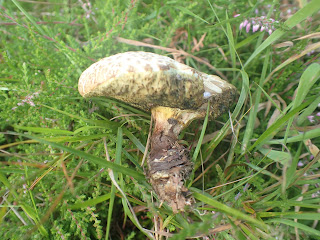 After lunch we moved on to a bit of wet woodland, and the early signs weren't particularly promising. Moving a bit further along we finally found a productive area, and the finds began to rack up. Rutstroemia echinophila, a cup fungus growing on Sweet Chestnut husks, was a new one for me. A range of Mycena, Inocybe, Naucoria and Cortinarius upped the species count, with Mycena rhenana growing on an Oak Knopper Gall being of particular interest. 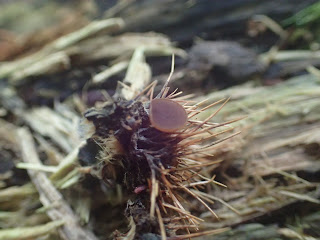 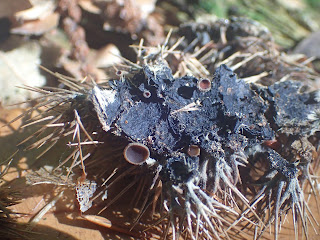 On the way back Yvonne found some Powdery Piggybacks growing on an old Blackening Brittlegill, which according to my records was my first sighting since 1998, a reminder of how long I've been looking at fungi! 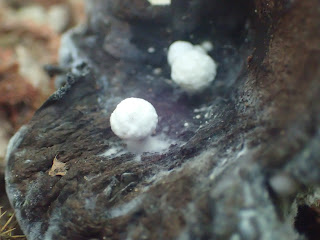