After work I headed to Catton Park. There had been strong winds for the past few days, and I was interested to see if many branches had come down, possibly bringing species usually above head height down to the ground. Before entering the park I checked out the road verge nearby, where I confirmed some naturalised Soapwort that I had tentatively identified from the car a few weeks ago.

Going along an area of woodland edge I noticed some black fungal spots on Elm leaves, which Tony Leech kindly identified as Dothidiella ulmi, which has five previous Norfolk records. I then cut across the grassland and found a ground beetle buried head down in a Knapweed head. It turned out it was just feeding on the seeds, and was quite speedy when disturbed. It turned out that it was Curtonotus aulicus, and this behaviour is quite typical. A range of common Oak galls completed the evenings recording. 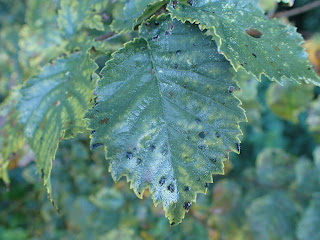 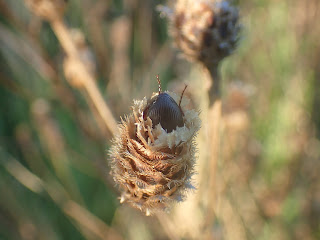 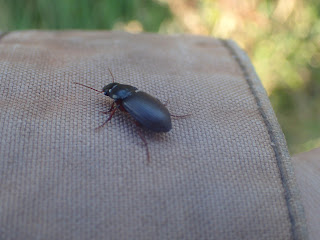