Another brief local trip, this time to Mousehold Heath. It was raining so there were few insects about, so I focused my attention on fungi, leaf mines and galls. There was quite a bit of fungi about, but most of it was a small range of common species like Sulphur Tuft, Tawny Grisette, Ochre Brittlegill, Blusher and Common Earthball. 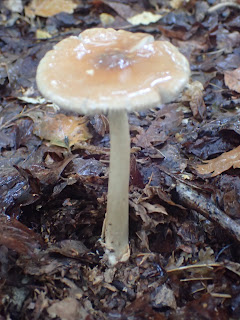 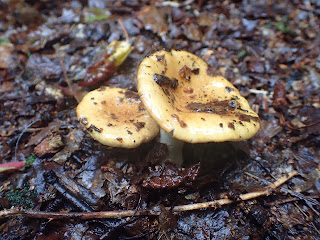 Of the rest, a gall on Yew was new, as was an Agromyzid leaf mine in Silver Birch. I thought I'd found a new leaf-mine in Bracken, but it later turned out that there are two species that make near-identical mines so it remains an either/or. The highlight was a leaf beetle, Gonioctena olivacea, found on Broom. 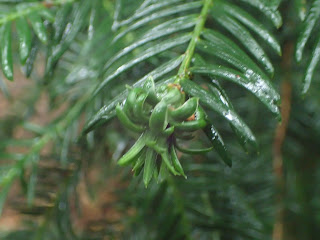 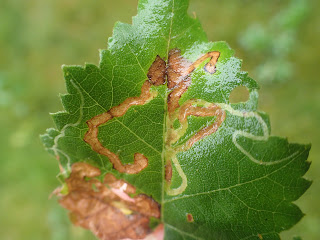 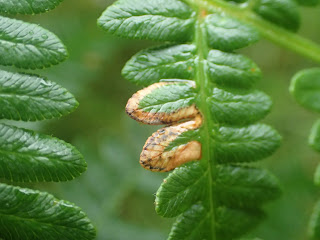 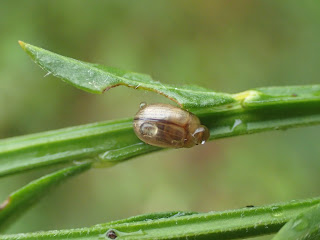