On Saturday evening Cathy, Margaret & I went to Sculthorpe Moor for one of their organised Glow-worm walks. In the past Glow-worms were fairly widespread, even occurring at Whitlingham in the 1990s, but in recent years they have declined, and having not seen one for several years we decided to go on this walk. Incidentally the decline is a bit tricky to be sure about, as not that many people go out after dark during the summer surveying for Glow-worms.

We arrived just before nine and had a brief talk, before setting off for a walk onto the reserve. As it began to get dusk Woodcock began to fly over and we got brief views of a Barn Owl. We stopped to admire the new elevated boardwalk and hide, which is almost finished and due to open over the summer. We spent a bit of time at the hides at the end of the reserve to wait for it to get dark. 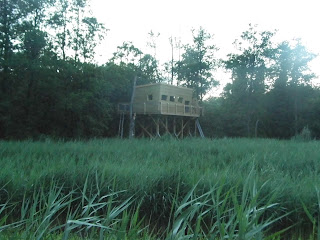 Once the light had gone we headed back in search of our quarry. Along the edges of the path we saw three adult female Glow-worms. It is the females that produce the best 'glow' to attract the males. The larvae also glow, however they can turn it on and off, producing blinking or disappearing lights rather than the steady light of the adult. We saw lots of larve (20+) as we walked back through the wooded areas, and also stopped to admire a bright orangey moon from the Whitley hide. I didn't get any good photos of the Glow-worms (I have included a picture just to show the light) but if you didn't read my blog back in 2009 then have a look at a photo I took then of a mating pair at Taswood fishing lakes: http://jamesbirdsandbeer.blogspot.co.uk/2009/07/taswood-lakes.html 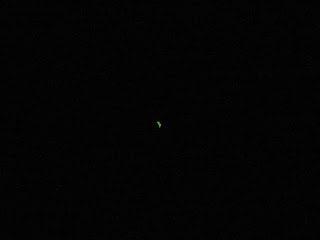 Glow-worm in the dark 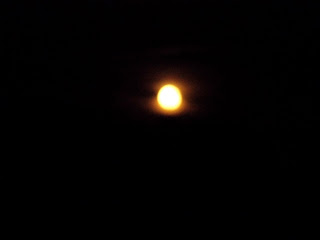