Looking ahead to the weather for my impending time off, I was less than pleased to see that it was basically rain showers for most of the week. With this in mind I decided to get a couple of hours in at Whitlingham on Sunday morning before the rain hit. Wildfowl numbers were similar to the previous week, so the avian highlights were a Kingfisher (perched up on the main island), two Buzzards that flew over and four Swifts, still lingering on in Norwich for a few more days.

In addition to looking for any storm-driven birds, I wanted to check for Willow Emerald damselflies along the south shore of the Great Broad. These damselflies are spreading rapidly now, and were present at Thorpe Marsh, Cow Tower, Cringleford and UEA last year, but not seemingly at Whitlingham. Last Sunday I had seen an Emerald Damselfly sp. (i.e. Common or Willow) fly up into an Alder, but not managed to see it well enough to confirm it was definitely a Willow Emerald. Later that day I checked my emails to find a message from a local birder who had seen a Willow Emerald in pretty much the same spot the day before. I'm being good and not counting it, and there was no sign on this visit, so the wait for my 18th patch odonate goes on.

Another thing I was checking for was for Ladybirds infected with a fungus, but I'll probably do a separate post about that particular quest! I did find a few more new species to add to my patch list, which will hopefully hit 900 in the next few weeks. Of the new species the most pleasing were Short-winged Conehead, Lesser Stag Beetle and the hoverfly Volucella inanis. 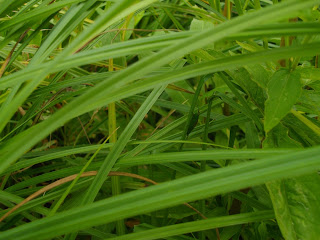 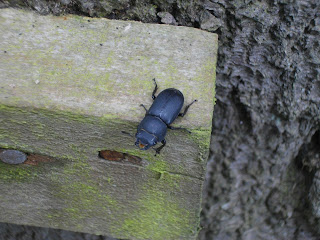 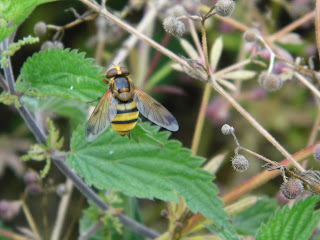