Birding after a period of rain can sometimes be productive, with birds having dropped in to avoid the rain, or emerging to forage having been sheltering. I tell myself this everytime I head out locally following some rain, and very seldom do I see anything interesting! The scrape currently has vegetation growing on it and around it, so any birds there were out of view, although as the cows were in attendance there was probably not much there anyway. A pair of Linnet were calling from a bramble on the marsh. The broad was almost empty, 2 Mute Swans, a Moorhen and a Great-crested Grebe were the only species on the water. A Common Sandpiper took off from the west side of the broad and flew to the central spit, and a Common Tern flew over. 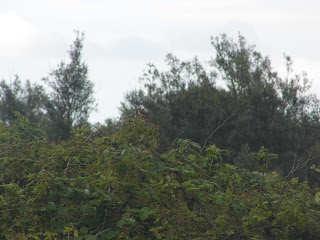 The overcast conditions meant that there were no dragonflies or damselflies flying, and few butterflies. Several Lesser Marsh Grasshoppers showed better than usual, allowing me to get a few photos to upgrade the one currently in my orthoptera guide. I added four species to my all-taxa patch list on this visit, taking me to 895 species in total. The additions were: 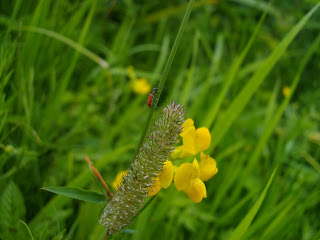 893 - Turnip Sawfly - A distinctive orange and black sawfly. As well as turnips the larvae also feed on umbellifers. 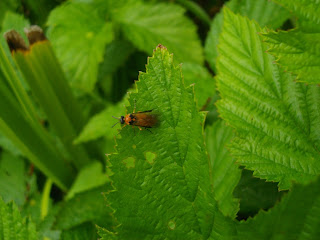 894 - Skullcap Leaf Beetle - Having noticed a large patch of Common Skullcap growing, I found this beetle on the leaves. 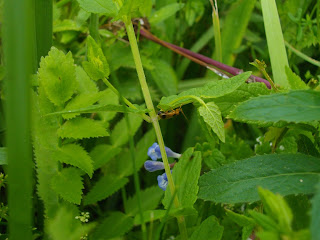 895 - Common Hemp Nettle - Not yet in flower, but Chris informs me that it was present in the same location last year, so I must have just overlooked it in the past. 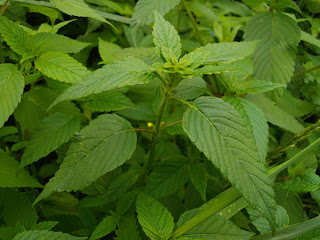