As I hadn't been able to carry out the wildfowl counts on Sunday I managed to go to Whitlingham on Tuesday after work. As I walked along the lane four young Kestrels were making a racket as they chased each other over the meadow. The vegetation around the Little Broad was so high that I had to go to the gates near the watersports centre to view it, seeing seven Mallard and a couple of Mute Swans.

On the Great Broad I counted 65 Mute Swans, 49 Greylag Geese, 51 Canada Geese, 35 Egyptian Geese and 94 Mallard, plus smaller amounts of other regular species. With the exception of the Egyptian Geese count, which is very close to last year, the rest are all well down on the equivalent 2014 count. The highlight of the count was an unseasonal female Wigeon. 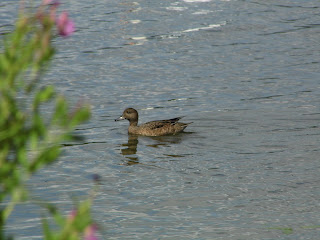 Lots of Hogweed has now gone to seed, but there were still enough flowers to draw in some interesting insects as I went round. A 16-spot Ladybird, a new species for me, was probably the best one, but unfortunately it flew off before I could photograph it. I also found a new hoverfly, Cheilosia illustrata, and the always impressive Hornet-mimic Hoverfly Volucella zonaria. 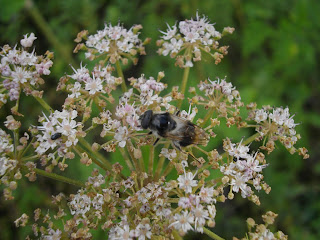 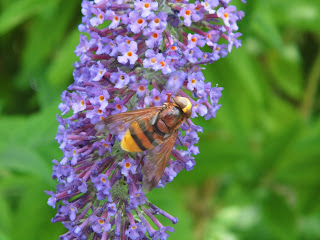 An additional new species was a small tachnid fly with red sides to the abdomen. Tim Hodge kindly identified it for me as Eriothrix rufomaculata. The final interesting species of the day was a Four-banded Longhorn Beetle. I had never seen one until I visited Ormesby a couple of weeks ago, but now it's on the Whitlingham list. 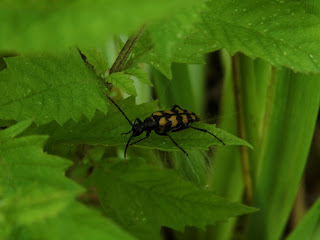