I'm not actively participating in the Wildlife Trust's 30 days wild thingy, but if I was, then the following observations (mostly around Norwich) would have been of note.

Lesser Black-backed and Herring Gulls have been moving into towns and cities for some time now - last week I noticed these LBB Gulls mating on a flat roof in the city centre. 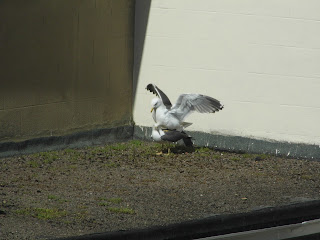 When Cathy & I found a beetle on its back in our porch, the most likely species would have been one of the violet ground beetles. However, when I turned it over (carefully - look at the jaws!) it was a Lesser Stag Beetle. 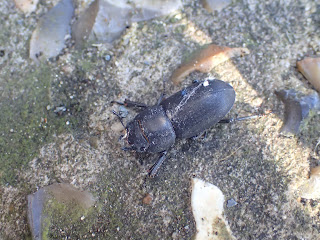 I regularly walk down Lakenham Way, and there are quite a few different types of Cranesbill growing there. This group can be tricky to identify, but this is a relatively easy one because of the nice pattern, called Pencilled Cranesbill. 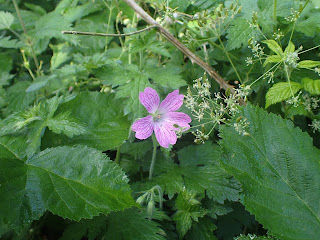 On Friday Karl and I went to a beer festival at Buxton Church as part of the Twelve Towers Festival. Beer was supplied by Wildcraft Brewery, who are particularly into foraging for ingredients. Three of the beers I tried contained foraged ingredients - the pictured one was made using Sloes, whilst I also tried beers containing Stinging Nettles and Yarrow. The Sloe one was nicest (although one using cherries got Karl's vote). 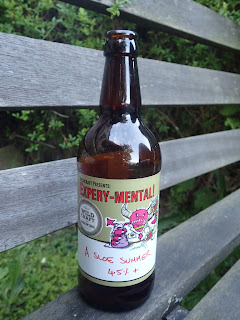