On Sunday I was back at Whitlingham for the June wildfowl count. There was nothing unexpected on the broad, with the local Muscovy and two Tufted Ducks and a nesting Great-crested Grebe the nominal pick of the bunch. There are now two broods of cygnets, the older family on the Little Broad (now down to three cygnets) and a younger family on the Great Broad who still have four. Of the geese numbers:

So fewer Greylags than previous years (although there are always some roosting on the main island that can't be counted, this has been the same for the whole time I've counted here) and higher numbers of Canada Geese.

Apart from the birds I once again had a look at the Hogweed flowers and recorded a new beetle, Anaspis maculata. I suspect I've seen it before and not identified it (or maybe even identified it and not recorded it), but it's not on my master site list at any rate. Danish Scurvy-grass was also a site tick. Other highlights included the tortoise beetle Cassida vibex and two of the attractive hoverfly Xanthogramma pedissequum, which has day-glo yellow markings on a black background. 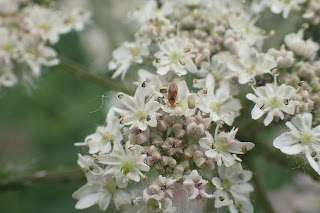 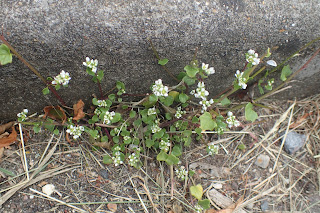 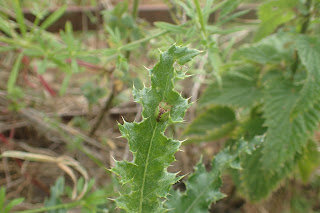 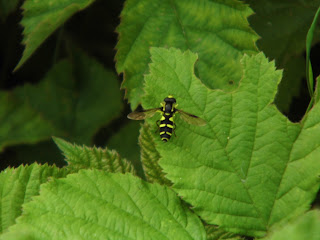