This week Minsmere have been holding a Bioblitz, and Cathy & I decided to visit on Friday to do a bit of recording. After some tea and cake in the cafe we started out, first looking at the Ant-lion pits. We were in luck, as Cathy spotted an Ant-lion larva moving over the surface, allowing us to see the odd-shaped body and large jaws. 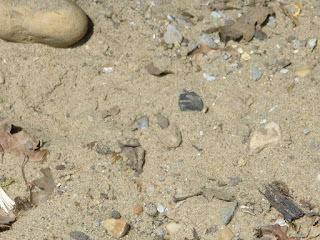 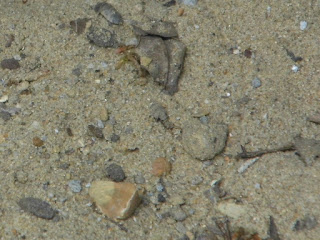 After noting the Rosemary beetles near the toilet block we headed into the woods to the discovery centre where the bioblitz was being co-ordinated. On the way I spotted a Denticulate Leatherbug and we added a few other bugs and beetles on our way. When we reached the centre we found that it was only manned by a rogue Pheasant that wandered up to visitors and made chicken-like noises, so we re-traced our steps and went onto the reserve. 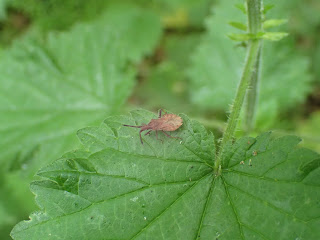 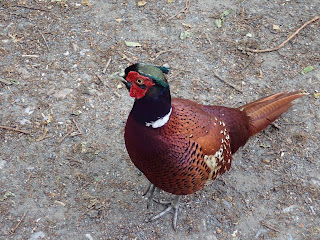 At the pond we saw a Norfolk Hawker and some Azure damselflies, then had a look at the short grassy area beyond. A Plain Gold moth drew my attention to Bird's-foot, a tiny but very attractive little flower, and alongside it a Common Groundhopper. 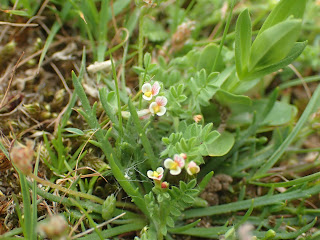 We called into North Hide, where we saw lots of Barnacle Geese with goslings, and rather unusually a pair of Bar-headed Geese, also with goslings. Back on the main path we saw my first Golden-bloomed Grey Longhorn of the year and a Plum Tortrix moth. 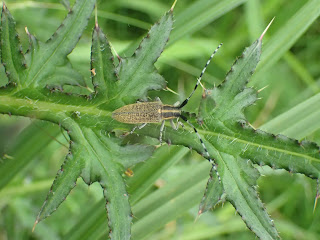 Walking the path to the beach I noticed some Grass Vetchling, a plant I've wanted to see for a while. A Bearded Tit was seen flying low across the reeds, and Sand Martins flew past. At the beach I spotted a couple of micro moths, which Andy Mackay was able to identify them for me as Homoeosoma sinuella and Aethes tesserana. A spell of sunshine brought out some Common Blue butterflies but there was thunder in the distance. On the walk back I noticed Pirri-pirri bur, an invasive non-native plant, but one that I'd not seen before. We managed to avoid the rain until Blythburgh - after that it absolutely hammered down. 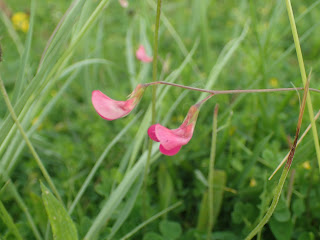 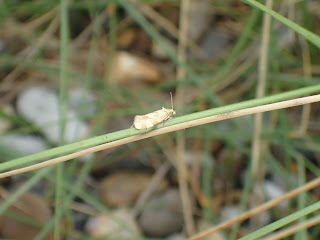 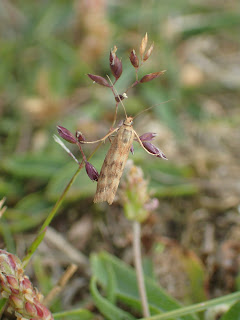