After our Weeting trip we called in to see Gary and Alysia's moth haul. A Festoon would have been the highlight had I not seen two earlier in the day, so the Spinach took the honours as a new macro. Triangle-marked Roller (Ancylis achatana) was a new micro, as was Four-spotted Obscure (Oegoconia quadripuncta) (albeit the latter requires gen det to be sure, so it won't make my list proper). The large orange caddisfly Limnephilus rhombicus was also new. We had a quick look at the unpotted moths still in the trap and released the Lime Hawk Moth before heading home. 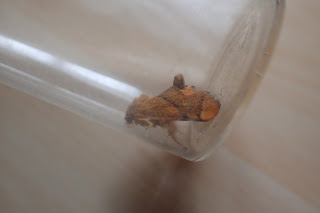 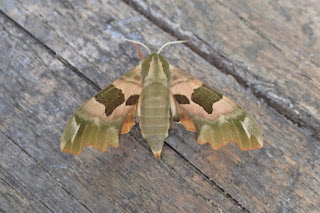 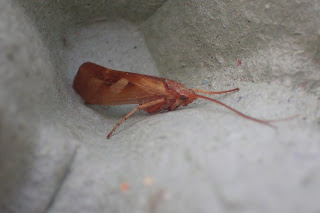