Sunday was Father's Day, and as dad hadn't been to Strumpshaw for over a year we decided to go there. We arrived at about 10:30, by which time it was scorching hot and packed with people, including a coach party. We had a quick look at some moths left near the reception hide, crowd-pleasingly big ones rather than rare reedbed types unfortunately. A Swallowtail flew past near the cottage as if at the head of a conga line. We decided to head for the Lackford Run end of the reserve until the crowd dispersed a little.

As we approached the railway line I heard a Grasshopper Warbler reeling close by. It didn't take us long before we found a male Scarce Chaser perched up, but the bright sunshine and my lack of photographic skills meant that the body was completely washed out in my pictures. Eventually I did manage to get one where you could see the abdomen colour, but only because it landed at an angle. The blue damselflies were very skittish - the few I did see close enough were Azure Damsels. 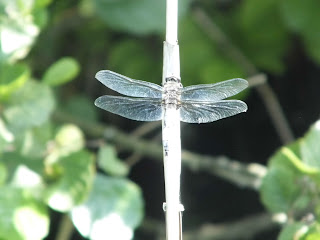 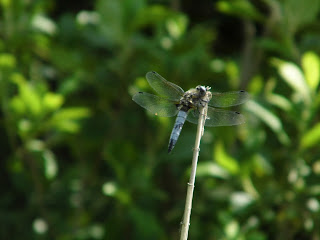 I kept an eye out near the Alders for White-barred Clearwings, without success. A couple of small Swallowtail caterpillars were nice to see, and a Common Lizard was found resting on the boardwalk with its legs raised in the air, presumably to avoid the hot wood! Marsh Pea was also seen from the boardwalk. Another three Swallowtails were seen flying over the reeds, but never close enough to photograph. 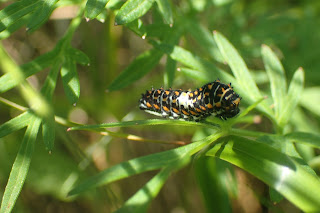 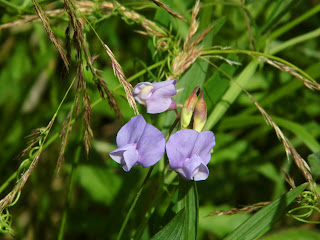 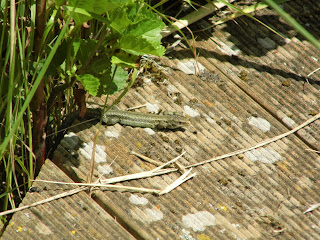 We retraced our steps, looking for insects as we went. I saw a yellowy soldier beetle, one of a species pair, and having failed on several previous occasions managed to get a photo of the palps. They had a dark tip, identifying it was Cantharis pallida. There were lots of reed beetles, which I have got down to Plateumaris, but am still deciding which of two similar species they are. 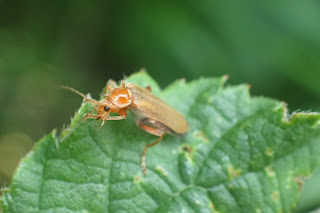 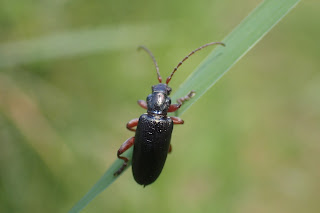 Back on the reserve proper we headed for the meadow. There didn't seem to be too much about, a slight concern as I'm helping lead a walk here in a few weeks time. The dykes were quite promising however, with lots of Norfolk Hawkers and Four-spotted Chasers, plus Hairy Dragonfly and Common Emerald. We bumped into Carol, Steve and Eddie and had a chat before continuing across the meadow. The final sighting of interest was a soldierfly, Banded General, which I've wanted to see for a while. 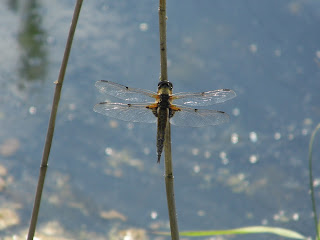 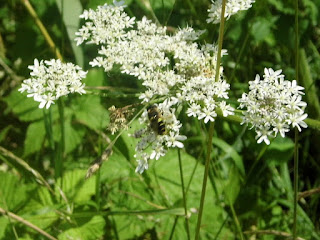