Another warm day, and I met Adam in North Walsham before heading up to North Norfolk for some wildlife watching. I had decided to spend some time in the Beeston area, hoping to see some migrating birds from the bump or in the scrub behind it, and then have a look for insects on Beeston Common.

As we walked up the western side of Beeston Bump I stopped to look at some plants, and noticed Sand Catchfly, a new species for me. The flowers weren't quite out, although whether they weren't yet in flower or had died off because of the heat wasn't obvious. Several Painted Ladies were also seen along the cliff edge. Most of the birds moving through the Alexanders were House Sparrows, and the sole pipit was a Meadow Pipit. At least five Buzzards were spiralling up over the woods. 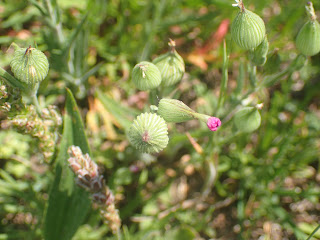 On the way down I saw a patch of Red Valerian, and suggested that it would be worth checking for Hummingbird Hawk Moths. As we walked over Adam spotted one - although the association is well known so I can't claim any particular insight. Wild Clary and Kidney Vetch grew near the path down, and in the meadow we found two flowering spikes of Purple Broomrape. A Whitethroat and several Skylarks were the only birds of note. 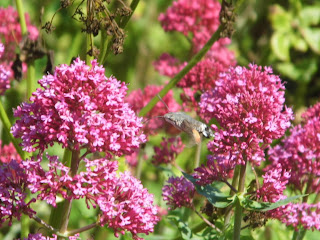 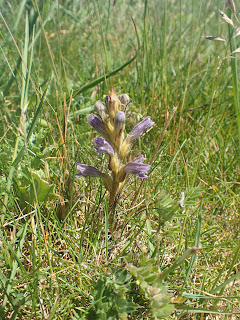 Crossing the railway line we walked round to the entrance to Beeston Common. We hadn't gone very far when we bumped into John Furse, who was looking for day-flying moths. After stopping to look at a Merodon equestris hoverfly we accompanied John out onto a footpath running across the middle of the marsh to look for a Red-veined Darter seen here recently. We encountered male and female Keeled Skimmers, the first that I had seen in the digital photography era - my last pictures of these were taken at Holt Lowes on a film camera (ask your parents). After a bit of searching Adam spotted the Red-veined Darter, and we managed to get a few photos of that too before it vanished. 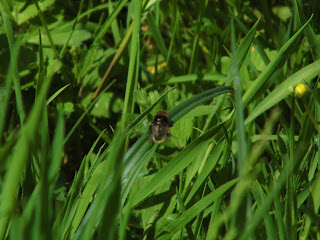 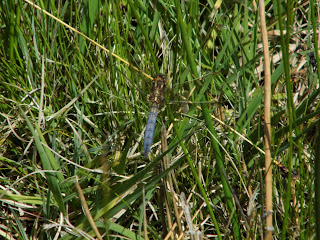 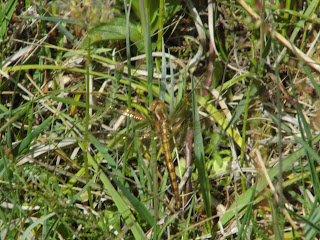 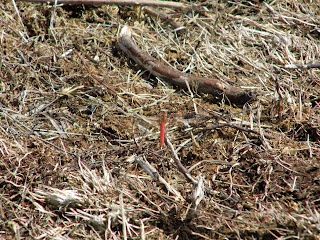 After our dragonfly success we carried on around the site, not finding any other moths we were looking for although we did see a Marbled White-spot. Other species noted included Green Tiger Beetle, a Gorse Shieldbug laying eggs and my first Large Skipper of the year. 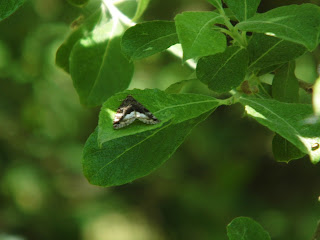 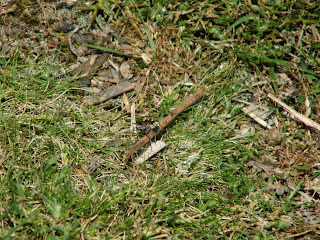 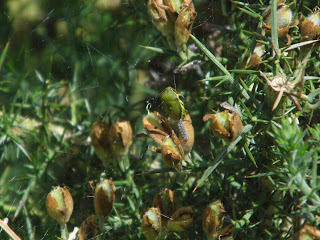 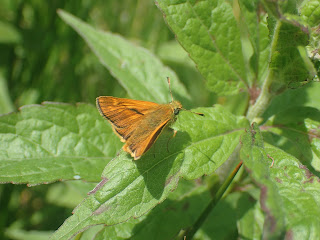 After lunch Adam & I had another short walk around a village pond, seeing a Little Grebe and another couple of Hummingbird Hawk Moths before heading home.
Posted by James Emerson