After my successful Currant Clearwing visit, I headed around Norwich to Trowse for a bit of time on patch. Trowse Meadow was pleasant, but in overcast conditions there weren't as many insects about as I'd hoped, with the exception of numerous Banded Demoiselles near the river. A clump of Pencilled Cranesbill growing near the bridge are new to my Whitlingham list as far as I remember, and the click beetle Adrastus pallens was also new. 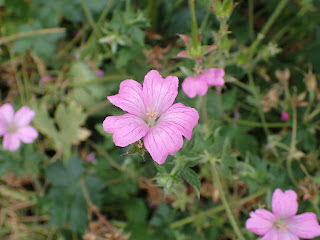 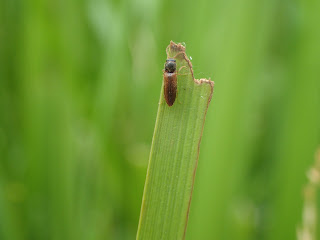 I then crossed the road and went up into Trowse Woods. I walked fairly quickly through the shady areas because my destination was the clearing at the top of the woods, where two islands of Buddleia attract lots of insects. I was in luck, and after a few minutes there was some bright sunshine. A Common Darter was resting and I got good views of Eristalis intricarius, a bee mimic, and a pair of mating Meadow Browns. The undoubted highlight was a new hoverfly for me, Chrysotoxum festivum, a wasp mimic. 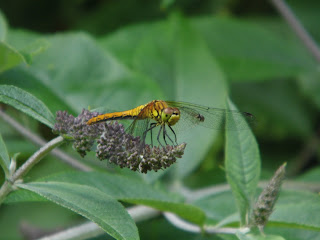 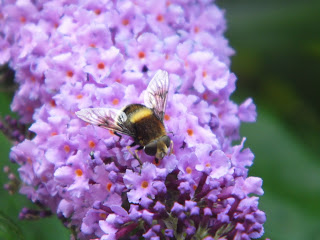 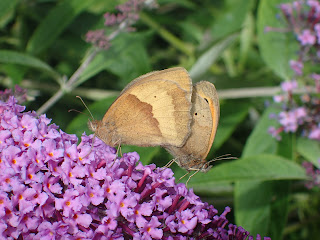 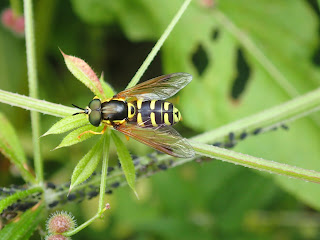 Leaving the woods I looked round past Whitlingham Hall down to the country park, adding another two patch ticks, Oak Bush-cricket (a species that sometimes comes to moth traps but is otherwise quite hard to record, despite being common) and a ground bug, Petritrechus lundii. 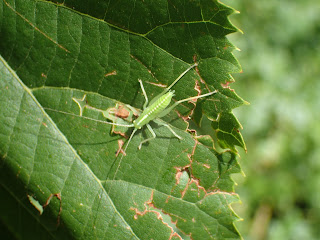 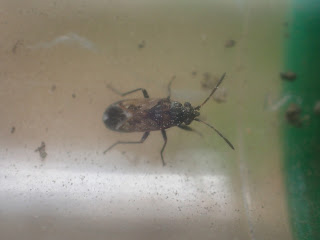