In recent weeks I had been seeing lots of pictures of Clearwings online, so was aware that if I were to see Currant Clearwing, one of my 2017 targets, I needed to go and look for them soon. I hadn't had time to go to North Norfolk, where a particular fruit farm is known for having many of them, but fortunately a friend with an allotment gave me permission to visit and have a look there.

Given the recent warm weather I was hopeful that it would be sunny and I would stand a good chance of seeing a Currant Clearwing either on some Currants or on nearby flowers. Saturday turned out to be overcast, and having failed to find any clearwings on a search of the vegetation, I resorted to my back-up plan, a pheromone lure. This worked within a few minutes, and I soon saw my first Currant Clearwing, swiftly followed by a second one. I retrieved the lure so as to cause minimal disturbance to any others nearby, and had a good look at the one male that remained nearby. 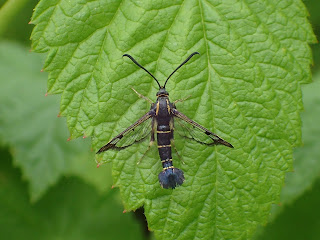 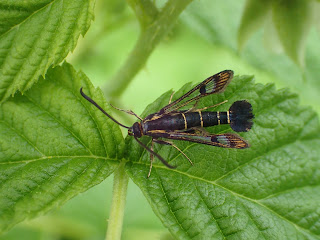 After spending some time with the clearwings I had a quick look around the rest of the allotment. I saw two plants of interest, Weasel's Snout and Henbane, growing amongst the beds. 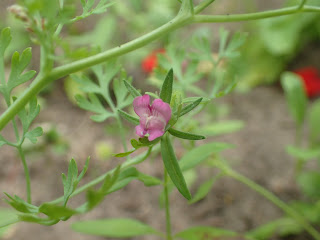 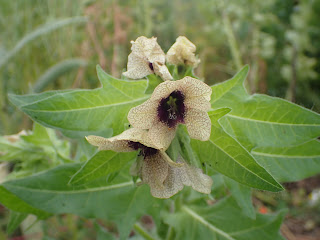 In terms of other insects the highlight was one of the ruby-tailed wasps, Hedychridium roseum, whilst there was also a Cerceris wasp sp. As I was leaving I noticed a black Crossocerus sp, an all black wasp with huge eyes - very alien looking! I had planned to head over to Earlham Park to look for hoverflies, but fortunately had looked on the EDP website earlier and realised that there was an 80s Pop concert going on there, so instead I headed to Trowse, which I will post about separately. 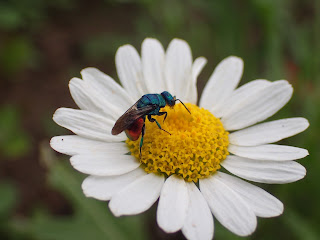 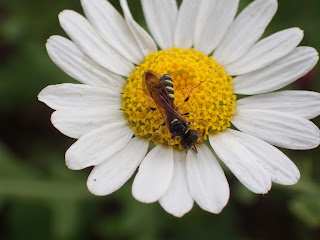 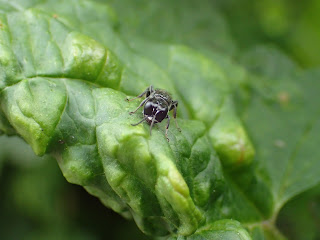