With a couple of spare hours and bright sunshine, I went to Whitlingham in the hope of photographing the Lesser Emperor. Conditions were promising, Norfolk Hawkers were everywhere, with 25+ seen along the south shore of the Great Broad, sections of which aren't visible from the path. Four Emperors, two Four-spotted Chasers and at least eight Black-tailed Skimmers were also seen, and four damselfly species. Despite searching and waiting in various viewing points I only got one view of the Lesser Emperor, again a fast flypast with no hope of photographing it. The downside to the large number of dragonflies present seems to be that they are all territorial and seeing off each other! 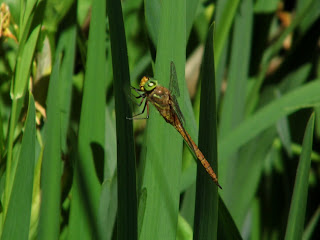 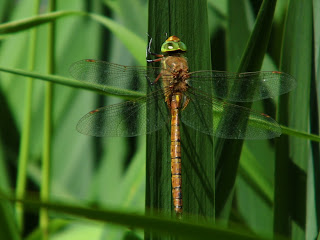 The other sight of note was the huge number of fish dry in several of the sheltered bays. I'm not sure of the species (or if it can be determined easily at this age). 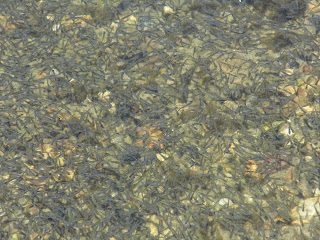