The fourth and final part of Saturday's Breckland excursion. When the rain began to pour down we had thought that the Brandon Artemisia visit would be the last site before we headed home, however as the sun started to come out we decided to check out a couple of woodland rides near Santon Downham to look for more rare plants and bees.

We went to an area where I had seen Broad-leaved Helleborines in the past, and they were still present, with over 40 flowering spikes seen. The species that I had particularly hoped to see were the Knawels, and through careful searching I manged to find one small plant of the commoner of the two, Annual Knawel, growing at the edge of a path. 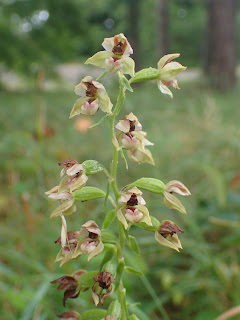 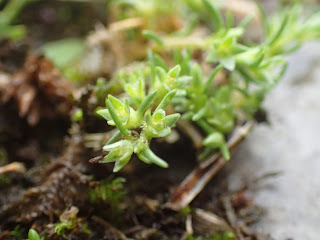 We carried on along the ride, seeing a range of plants including Bur Medick, Bifid Hemp-nettle, and Tower Mustard (the latter a new one for me). A shower passed over and there were few insects about, but I did find an adult Tortoise Shieldbug to go with the late instar one found at Brandon. 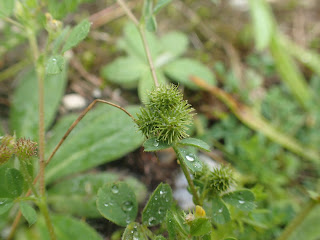 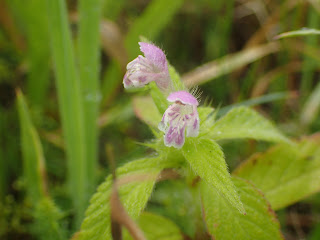 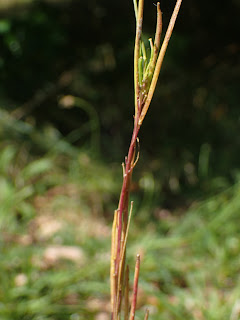 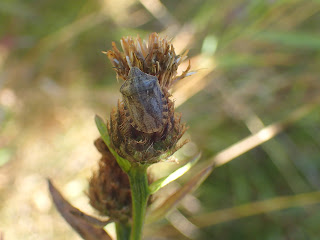 We then tried another ride and an area where Ian had seen Perennial Knawel a few years ago. We didn't find it, with three Knawel clumps all turning out to be Annual Knawel, albeit nicer ones than my straggly plant. An Adonis Ladybird and a Hummingbird Hawkmoth completed a very successful days wildlife watching. 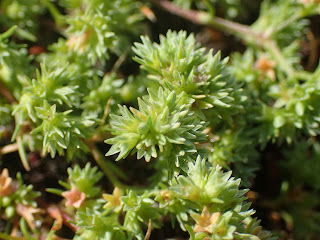 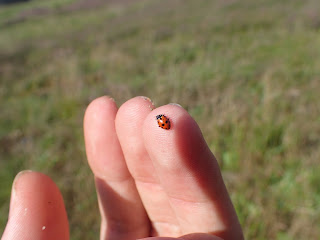