The grazing marshes at Cantley are usually off-limits to the public, but last week I took advantage of a Freshwater Habitats Trust training course to have a short walk along some of the dykes. The main purpose of the course was to show interested individuals how to identify Greater Water Parsnip and Tubular Water Dropwort, both rare plants but realtively common in certain parts of the broads. We found both without any problem here. 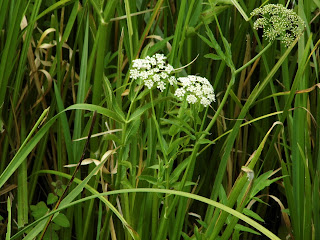 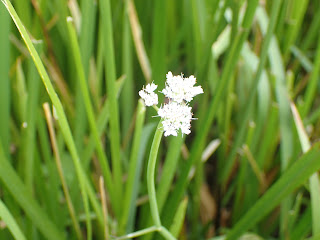 In addition to the target species we saw a range of other wetland plants, several of which were new for me. I thought I had seen Flowering Rush before, but apparently not, whilst I have probably been overlooking Sweet Flag, and wouldn't have been able to identify Shining Pondweed or Rigid Hornwort. 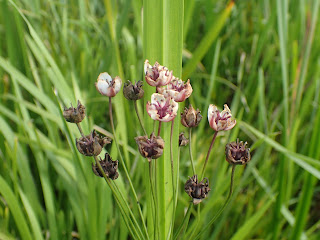 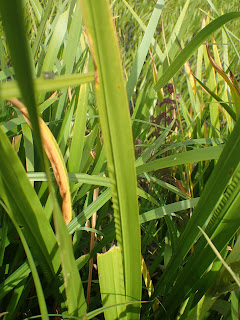 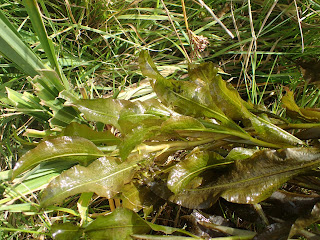 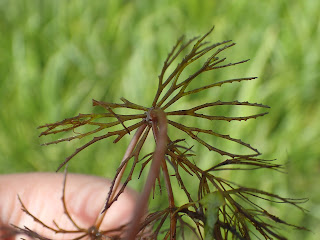 In addition to the plants I managed to catch a Notch-horned Cleg before it bit me, and found a mating pair of Donacia marginata reed beetles. The latter was doubly pleasing in that I managed to key it out correctly and Martin Collier has told me that although it is quite widespread in the county, he doesn't have any previous records from Cantley. Thanks to Jeremy Halls and Pete Case for allowing me to attend the session. 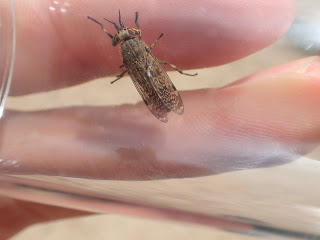